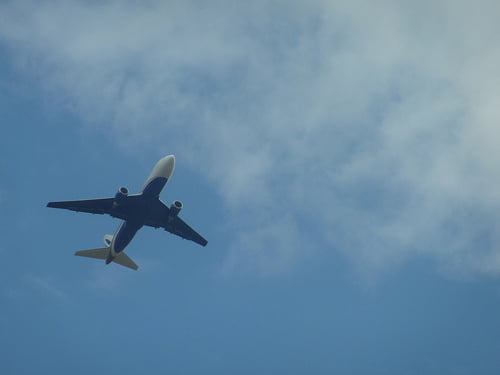 One of the most contentious aspects of sustainable tourism is air travel. Can flying ever be ‘sustainable’ when considering the carbon footprint of your holiday? Alex Blackburne attempts to lay out the pros and cons.

Powered flight is one of man’s greatest achievements. Ever since the Wright brothers took to the air for the very first time at the beginning of the 20th century, it has acted as a catalyst of discovery and exploration for millions of people every year.

But sustainable tourism – which isn’t about not travelling, but instead, improving the ways we travel to and experience new destinations – has always enjoyed a rather prickly relationship with air travel. Many claim that our inclination to fly is contradictory in our search for sustainability – which means balancing the needs of the planet, its people and everyone’s prosperity.

Environmentalists are right in saying that flying is damaging the planet, but also claim that it is an unnecessary mode of transport when cleaner options such as trains and boats exist. And the figures seem to back up their point. As American author and abolitionist Henry David Thoreau put it in the 1800s, “Thank God men cannot fly, and lay waste the sky as well as the Earth.” A rather chilling quote upon reflection.

People in developed countries find themselves in a privileged position in that they can jump on a plane and be on the other side of the world within a matter of hours.

The old cliché, “travel broadens the mind”, is truer now than it has ever been before in history. And in the context of sustainable tourism, there are countless places whose economies depend on the constant flow of relatively affluent travellers landing on their doorstep each year.

Nations like Mexico, Brazil, Indonesia, Egypt, South Africa, along with almost every developing country in the world, rely on tourism as a significant and regular income stream. To stop flights to these places would effectively be issuing them with a sentence of austerity: probably the main argument for people in the pro-air travel camp.

What’s more, conservation efforts worldwide would be lost – or at least severely impacted – without the use of air transport.

But the point that rightly aggrieves so many is the impact of flying on the planet. The Intergovernmental Panel on Climate Change (IPCC) estimates that by 2050, emissions from the aviation industry could be up to 10 times greater than 1992 levels – which stood at 2% of CO2. However, scientists claim that because the emissions are produced in areas of high altitude, aviation’s impact is even greater. Either way, this makes the industry one of the fastest growing contributors to global greenhouse gas emissions.

According to a report by the Airports Council International (ACI), 9 billion plane tickets will be sold in 2025 – nearly double the amount sold in 2010. Heathrow airport – already the third busiest in the world – is currently in discussions to build a third runway to deal with this projected increase, though plans have been criticised by green groups.

However, to deal with air travel’s increasingly heavy footprint, carbon offsetting serves as one solution. This means compensating the emissions produced from your travels, usually by investing relatively small amounts into things such as renewable energy and the planting of trees.

According to ClimateCare.org, it costs just under £21 to offset a 12,000 mile flight from Heathrow to Tokyo that emits 2.79 tonnes of CO2. Meanwhile a shorter flight – Aberdeen to Gatwick (851 miles) – costs just £1.30. All small prices to pay to counterbalance the impact of your flights.

But carbon offsetting does have its critics. Responsibletravel.com – one of the leading tour operators for sustainable holidays – removed the ability for customers to offset their emissions in 2009.

“We believe that the travel industry’s priority must be to reduce carbon emissions, rather than to offset”, its managing director Justin Francis said at the time.

“Too often offsets are being used by the tourism industry in developed countries to justify growth plans on the basis that money will be donated to projects in developing countries. Global reduction targets will not be met this way.”

While it is mainly commercial flights that are targeted by anti-flying groups, one aspect that many people fail to consider is just what else is travelling on the plane with the passengers.

“People often forget that if you’re flying on vacation to Thailand or from Bangkok back to London, your plane is not just about passengers who’ve been on holiday”, Paul Steele, executive director of the Air Traffic Action Group told in for last year’s Guide to Sustainable Tourism – the follow-up of which is being published next month.

“You’ve got business people, government people, but also, importantly, the belly of that plane is full of goods. The aviation industry transports 35% of the value of the world’s goods.

“Those aircraft aren’t just flying for the tourists, they are also flying to fulfil a whole range of different needs; not least of which is the transport of goods.”

It comes down to personal choice. We can all agree that more sustainable, responsible and environmentally-friendly travel and tourism industries are needed in order to move society and ecology onto a more level and prosperous playing field for the long-term.

The UN is on board; secretary-general Ban Ki-moon said in September last year that tourism was “well-placed to promote environmental sustainability, green growth and our struggle against climate change through its relationship with energy”.

Reducing the negative impacts of tourism goes much deeper than how we get to our destination. Our focus must be placed on the impact our travels have on local communities, and whether the places we’re visiting will be viewed with wonder or regret in the future.