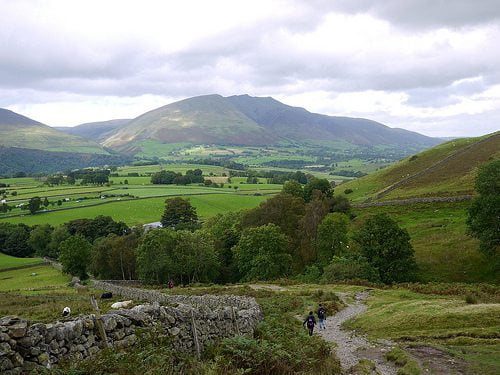 Buy your own mountain: Blencathra, Lake District, on sale for £1.75m

One of the Lake District’s biggest mountains has been put up for sale for a princely £1.75m – money that would help its owner pay off a £9m inheritance tax bill.

Blencathra, which stands 2,850ft (868m) high, has been owned by the Lowther family for over 400 years. But Hugh, the current Earl of Lonsdale, is seeking the sell-off after the death of his father brought about tax deductions.

In order to settle the bill, the family has decided to put Blencathra on the open market – with some experts saying it is the first time an owner of a Lake District mountain has sought to sell in such a way.

“We have a 10-year period in which to pay [the tax bill]. It’s getting very close to that now. We have to do something about it.”

The Financial Times reports that the National Trust, which owns a wide array of mountains across the UK, is unlikely to bid for Blencathra as it remains well protected and is not under threat. However, north-west director for the charity John Darlington said, “It’s one of those mountains which makes my heart beat faster.”

The Lowther family also owns the Langdale Pikes, home to some of the Lake District’s most popular scenery, and the newspaper adds that there are no plans to sell off this particular mountain.

A recognised national park since 1951, the Lake District was recently revealed to be the UK’s next nomination for world heritage status. Culture minister Ed Vaizey said the park can submit its bid to the UN heritage body in 2016, with UNESCO’s verdict expected to arrive a year later.

Bids for Blencathra are accepted until July 2.