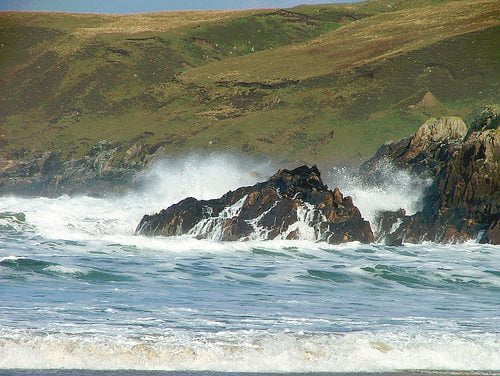 300 camping places to co-incide with new byelaws. Investment in improving the quality and number of camping places in Loch Lomond & The Trossachs will accompany new seasonal byelaws being introduced in environmentally sensitive areas covering 3.7 per cent of Scotland’s first National Park.

Environment Minister Aileen McLeod has approved new camping management byelaws as part of plans to invest in better camping places and introduce measures to manage camping in four “hot spot” areas, where the environment is suffering from damage caused by a combination of high volume and antisocial camping.

Having been adjusted to take account of comments during the Park’s consultation, these seasonal byelaws cover just 3.7 per cent of the area of the Park, and will only be in force for seven months of the year – a month less than for the existing area at East Loch Lomond.

The byelaws will be modified so that they come into effect on March 1, 2017 to allow the initial provision of 300 camping places as part of the Park’s longer-term camping development plans.

“Our National Parks are precious and valuable. They are home to some of our most outstanding natural beauty and resources so we must take action to protect and conserve their assets to allow enjoyment of them both now, and in the future.

“The evidence that I have seen of damage caused, particularly in some of the most environmentally fragile spots in the National Park, tells a compelling tale of the need for action. Abandoned campsites, discarded litter, destruction of plants and trees and the cumulative environmental damage caused by irresponsible campfires is not something that we can allow to happen.

“In making this decision, I have listened very carefully to the views of those who are concerned that the byelaws will impact upon those who camp responsibly. Although I have approved the byelaws, I have delayed their implementation to ensure the introduction of an initial 300 camping places in the small but environmentally sensitive area of the Park affected. Combined, these measures will allow for the better management of camping in these ‘hot spots’, while ensuring the measures are thoroughly monitored and evaluated.”

“Anything that helps to improve the camping experience for visitors to our stunning National Parks is to be welcomed. The Parks are a huge draw for people from all over the world and these new byelaws will not only help to protect some of our greatest natural resources, but will also make the outdoor experience more rewarding for everyone.”

“Luss and West Loch Lomondside is the most heavily visited part of the National Park. The community warmly welcomes the Minister’s decision, which will bring forward these much-needed measures to help relieve the extreme pressures on both the environment, and on local communities from antisocial behaviour and irresponsible camping.”