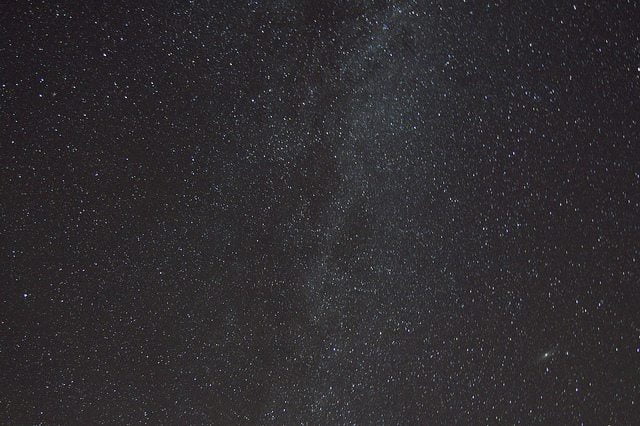 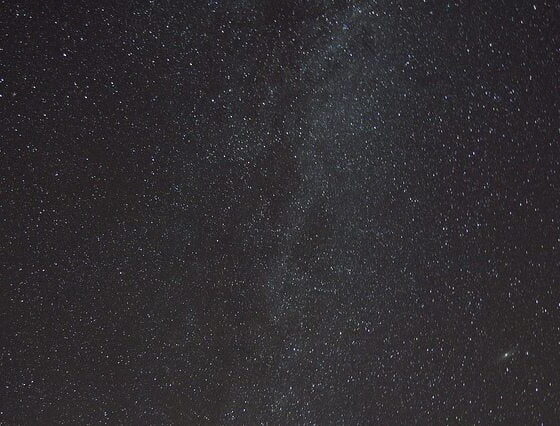 I was pretty amazed at the glowing speckles in the sky. Living in London, and having been brought up in the densely populated south east, I’ve been used to the night sky having a faint orange glow to it, rather than being dark and deep – or, on a clear night like this August one, densely dappled with big and bright stars.

In December last year, England’s spectacular border county was named as home to the largest area of protected night sky in Europe. Covering nearly 1500 sq km between Hadrian’s Wall and the Scottish border, this scenic spot is the first of its kind in England, and one of the largest in the world, joining the likes of Death Valley and Big Bend Dark Sky Parks in the USA.

The International Dark Skies Association (IDA), based in Tucson, USA, granted Gold Tier Dark Sky Park status to the combined areas of Northumberland National Park and Kielder Water & Forest Park, as the highest accolade that the IDA can bestow, in recognition of the two year campaign from the park authorities, Kielder Observatory Astronomical Society, councils, residents, businesses and tourism agencies.

The aim is to help counter the spread of light pollution and maintain the pristine starry skies overhead. It’s not all about stargazing though. By boosting nocturnal wildlife it allows for a more natural environment to be facilitated, and proves that high quality, safe and eco-friendly public lighting can be successful.

Some of the most tranquil and isolated areas of the UK are seemingly being threatened, and such a status can help protect the rural character  – especially of an area deemed the nation’s darkest and most tranquil by the Campaign to Protect Rural England. Regular light meter readings will be taken, and lights adjusted to comply with IDA guidelines.

A new Lighting Management Plan will guide planning authorities in ensuring new developments take account of the pristine night sky. The park’s darkest areas, which are mostly uninhabited, will remain light-free, whereas elsewhere adjustable lighting  will respond to need.

A £25 million ‘Invest to Save’ project is underway, aiming to replace up to 16,000 street lighting columns and all the existing sodium lanterns with eco-friendly and fully controlled LED units, which have the capability to vary the lighting levels, while maintaining public safety. This will not only significantly decrease light pollution, but reduce energy and maintenance costs and cut carbon emissions.

According to councillor John Riddle, Chairman of Northumberland National Park Authority, “Starry nights, tranquil villages, rolling hills and forests are all part of the Northumberland experience that visitors love.

“This move will reclaim the night and protect this rich legacy for future generations. It is sad that so much of the UK has lost its view of the heavens. Wasteful light pollution snubs out the stars and over 80% of people have never seen the Milky Way. But here at least the universe can be admired, shared and cherished by everyone.”

Inspiring a love for the universe around us and a desire to cherish it – such a bid can’t be argued with.

To be inspired by the night sky and this county, Visit Northumberland. I stayed at Maften Hall, which is close to both Northumberland National Park and Kielder Water & Forest Park.

Is the pop up boom good for business and the environment?