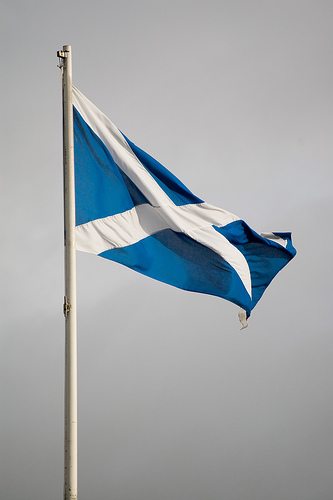 Anti-poverty campaign groups, the World Development Movement and Jubilee South have welcomed Scotland’s commitment to climate justice ahead of an international conference in Edinburgh.

However, the groups also warned the government to steer clear of corporate involvement in climate finance. They claim the only way to tackle climate change in such a way is through thriving, democratic public sectors.

Scotland will host representatives of governments, businesses and campaign groups from around the world. The conference will discuss how to transition to a low carbon global economy in an equal and sustainable way.

The campaign groups said the Scottish government is one of just a few rich country governments to recognise that wealthy nations, which are most responsible for climate change, own a ‘climate debt’ to poorer countries, which have done little to cause it. The groups have urged first minister Alex Salmond, to use Scotland’s Climate Justice Fund to ensure the country takes responsibility for its part in climate change.

Lidy Nacpil of Jubilee South, who will be travelling to the conference from the Philippines, said, “I am pleased to attend the Scottish government’s conference and hope more rich countries commit to climate justice.

“We need to be absolutely clear that climate justice is about breaking the corporate domination and fossil-fuel dependence of global energy, shifting to equitable and low carbon systems as fast as possible, and repaying climate debt.”

At the beginning of the year, Scotland set a decarbonisation target and urged the UK to do the same. The Scottish government plans to cut carbon in its electricity by more than 80% by 2030. Last month the world’s largest tidal power project was also given the go ahead in Scotland.