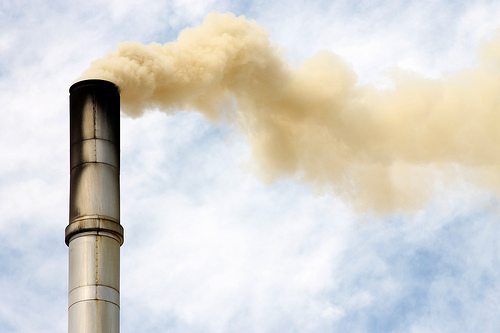 Gerald Kutney picks out some of the highlights from his book, Carbon Politics and the Failure of the Kyoto Protocol, published this month by Routledge. In this final instalment, he provides an overview of chapter five.

On an international front, the Intergovernmental Panel on Climate Change (IPCC) has accomplished much and is indirectly responsible for the United Nations Framework Convention on Climate Change (UNFCCC), the Kyoto Protocol and the Bali Roadmap. Here lies the prowess of this organisation and its assessment reports.

Unfortunately, the IPCC has failed dismally on the more important national level. An argument can be made that the IPCC never influenced any government; those that had already determined to act on climate change, such as Germany, embraced the IPCC recommendations, and those that rejected any policy initiatives, such as the US, simply ignored them.

We cannot be critical of the IPCC in this regard because, clearly, the influence of an assessment report is restricted by the policy neutral rule. Under this constraint, climate scientists can list the options to mitigate climate change but not prioritise them. Politicians may decide, in consideration of legitimate reasons, to ignore some recommendations; however, they should not be able prevent recommendations from even being made, which is precisely what is happening with climate change. The full potential of the IPCC must be unleashed; politicians should not fear policy recommendations by the leading scholars of the world.

While the UNFCCC is to be commended in its efforts to combat climate change, the process, itself, of requiring almost 200 nations to agree (to anything) is doomed. Towns, cities and nations cannot reach consensus on climate change, so how can the world?  We must seek an approach which does not depend only on a single binding global treaty, where most of the nations don’t reduce emissions anyway.

Global leadership would be undertaken by the major emitters first. When over 50% of global greenhouse gas emissions come from three political entities, why compound the issue at the initial stage of this crisis by looking for consensus from 200 nations?  China, the US and the EU must come up with differentiated targets for themselves that will establish a model for other nations to follow. If they cannot do this, adding more nations into the mix will not help. Agreement would produce the critical mass to do something meaningful in regards to climate change and provide political impetus for other nations to join.

Climate change advocates can sometimes make a mockery of the real political and economic challenges that face governments by making it sound easy to implement policies to reduce greenhouse gas emissions. If Europe can do it, why can’t you? Europe is just more fortunate that their economic path happened to reduce its greenhouse gas emissions as a bonus. Both Europe and the US make policies based on economics.

As Upton Sinclair wrote in 1935, “It is difficult to get a man to understand something, when his salary depends upon his not understanding it!”  The new negotiations on differentiated targets must consider that there are a number of intrinsic energy factors which influence the economic cost to reduce greenhouse gases. No one wants to play a game when the rules favour their opponents.

World governments have relied on business-as-usual policies to foster action against climate change, an approach which does not work. Tough decisions cannot be avoided; the most important of which is to pass legislation that directly limits emissions from coal-firing.

Consequently, decarbonising electricity generation has the potential to reduce emissions from both sectors with the same investment. The electrical sector focus allows for a surgical approach to greenhouse gas emissions. Foremost, all industry and households use electricity, so the economic pain is shared. Addressing this issue at the source point should mean that the direct capital burden on other industries could be greatly reduced.

It is worth stressing, if we do not reduce carbon emissions from coal-fired utilities, we will be adapting to changing climatic conditions, instead of mitigating their occurrence.  Without tackling the power sector, the climate change problem will never be resolved. We must find ways to reduce carbon dioxide emissions without turning the lights off!

We are dealing with, arguably, the most complex political issue of our times, as prosperity and emissions are hopelessly intertwined in an ecological and economic Gordian knot. An ancient oracle had prophesised that the one who untied the knot would become king; Alexander the Great failed to untie the knot, but he did cut through it with his sword.

Simple solutions must be implemented; anything else will only bog the entire system down, as has been witnessed in the UNFCC for the past 25 years. Climate change really is the Gordian knot of our times requiring an “Alexandrian solution.”

Gerald Kutney is managing director of Sixth Element Sustainable Management. His book, Carbon Politics and the Failure of the Kyoto Protocol, is published by Routledge. Order your copy here.