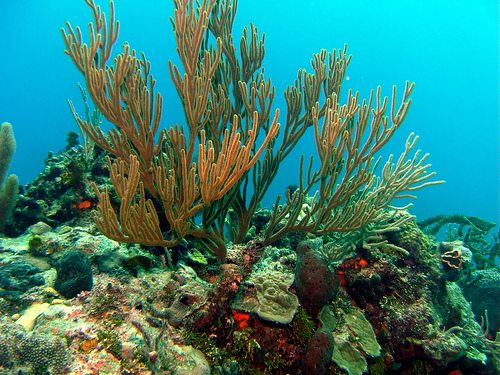 Caribbean coral reefs are at risk of disappearing within the next 20 years because of pollution, overfishing and the loss of grazers, unless action is taken to restore them to full health.

A new comprehensive study by the Global Coral Reef Monitoring Network, the International Union for Conservation of Nature (IUCN) and the UN Environment Programme (Unep) analysed more than 100 locations in the Caribbean – generating tourism revenue of around $3 billion – and found that coral reef in the region had declined by 50% since 1970.

The main reason, according to the experts, is the loss of grazers, such as sea urchins and fish, which has been worsened by overfishing, coastal pollution and ocean acidification caused by climate change.

Jeremy Jackson, lead author of the report and IUCN’s senior adviser on coral reefs, said, “Even if we could somehow make climate change disappear tomorrow, these reefs would continue their decline. We must immediately address the grazing problem for the reefs to stand any chance of surviving future climate shifts.”

Grazers are important in preserving the reef’s ecosystem and without them, algae, on which they feed, starts to smother the reefs. However, the study says that the decline can be reversed if effective action is taken to restore fish population and tackle pollution.

Carl Gustaf Lundin, director of IUCN’s global marine and polar programme, added, “The rate at which the Caribbean corals have been declining is truly alarming. But this study brings some very encouraging news: the fate of Caribbean corals is not beyond our control and there are some very concrete steps that we can take to help them recover.”

The Caribbean is not the only area in which coral reef are at risk. Plans to dump dredged sediment into the Australian Great Barrier Reef have raised concern among environmentalists and international body, with Unesco demanding the country acts appropriately to protect the world heritage site.