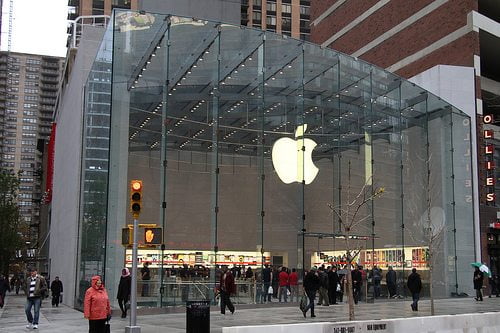 Across nearly 2,000 listed companies, some are now showing a ‘superior’ approach at tackling climate change, saving money and gaining investors’ trust, according to information requested by investors managing $92 trillion and collected in a new index by CDP.

The A List: The CDP Climate Performance Leadership index was requested by 767 investors who represent more than a third of the world’s invested capital and put together by the CDP (formerly Carbon Disclosure Project).

It is the first of its kind and saw 187 of the world’s largest companies getting an ‘A’ grade for their efforts in cutting emissions. These include BMW AG, Samsung Electronics and Unilever, as well as Apple, Google, and Microsoft – the largest by market capitalisation.

All the companies ranked with an ‘A’ managed to reduce their emissions by 33 million tonnes in the past reporting year – equivalent to turning London’s car owners into cyclists for two and a half years. The move has resulted in both energy savings and increased transparency for investors.

On the other hand, some corporations including Berkshire Hathaway, Facebook, Amazon.com Inc. and Comcast Corporation have failed to disclose crucial data on climate change.

Paul Simpson, chief executive officer of CDP said, “The unprecedented environmental challenges that we confront today are also economic problems. This irrefutable fact is filtering through to companies and investors.

“The businesses that have made it onto our first ever global list of climate performance leaders are to be congratulated for their progress; they debunk economic arguments against reducing emissions. However, global emissions continue to rise at an alarming rate. Businesses and governments must raise their climate ambition. The data shows that there is neither an excuse nor the time for lethargy.”

Most of the companies performing better are located in Europe, followed by the US and Japan.

Previous analysis by the CDP also revealed that large corporations that are addressing climate challenges benefit from higher return on investment (ROI) and lower volatility of earnings.