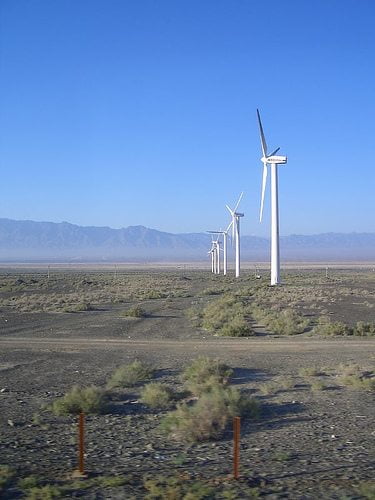 China has embarked on a new project that will see the country double the number of wind turbines it uses to generate electricity over the next six years.

Subsidies from Chinese authorities have been increased as a result of the country’s shocking air pollution record. Some of the more drastic measures call for the death penalty for the worst offenders.

One of China’s windiest regions, Xinjiang, is reported to be stepping up efforts by erecting thousands of wind turbines in the area, with workers constructing two turbines every day.

Paolo Frankl of the International Energy Agency told the BBC that the development will drive down the global price of renewable energy.

“As with any other things, what China does has an impact on the whole world and China is contributing to the reduction in the cost of wind in two ways”, he said.

“One being the most important market in the world with large deployments and, second, with a very robust and active manufacturing capacity.”

A source from China’s third largest oil production company, China Nation Offshore Oil Corporation (CNOOC), suggested that it will wind down operations in its renewables division to concentrate on its core activities, although these claims are yet to be officially confirmed by the company.

China’s air pollution clean-up bill is estimated to be around 1.75 trillion Yuan (£177 billion), but according to the Chinese Academy for Environmental Planning, this would drive up China’s GDP by nearly two trillion Yuan (£200 billion).

As it stands, coal pollution in China is estimated to cause around 250,000 deaths each year, though the country remains one of the most prolific green investors on the planet.