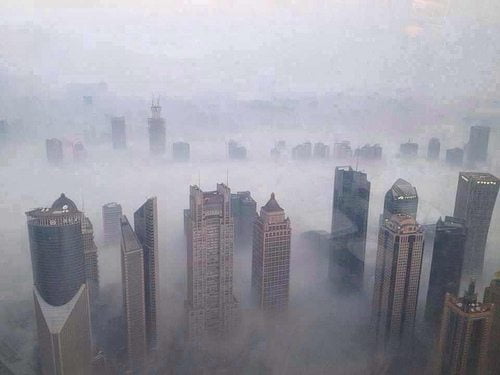 Air pollution from China’s coal plants was responsible for over 250,000 premature deaths in 2011, while also harming hundreds of thousands of Chinese children, according to new research.

The researchers also used using modelling techniques based on the links between pollution and risk of illness or death to calculate that 257,000 deaths could have been avoided if air pollution had not been present.

This latest research does not calculate the additional affects of air pollution from other sources. A separate World Health Organisation study calculated that in 2010, 1.2 million people died prematurely in China because of overall air pollution – including emissions from industry and transportation.

Though the Chinese government has pledged to improve the country’s environmental impact, and reduce the number of coal-fired plants in some areas, it remains the world’s biggest carbon emitter in absolute numbers.

The Greenpeace study estimates that the proposed addition of 570 new coal-fired power stations, on top of the 2,300 already operating in China, would cause an further 32,000 deaths per year.

“Coal emissions are not only bulking up the climate change time bomb, they also have an immediate and deadly impact on China’s population, cutting short tens of thousands of lives every year and driving a silent health crisis on a massive scale.”

The findings of this study have been supported by others. A report published in the Proceedings of the National Academy of Sciences in July claims that air pollution in northern China reduces average life expectancy by five-and-a-half years.

The “airpocalypse” – as it has been dubbed – has consistently made headlines in recent months. Record levels of smog in Shanghai, China’s financial hub, forced authorities to advise children and the elderly to stay indoors for at least seven of the first nine days of December.

Meanwhile in November, an unnamed eight-year-old girl reportedly became the youngest person in China to be diagnosed with lung cancer, with her doctor saying that air pollution was to blame.