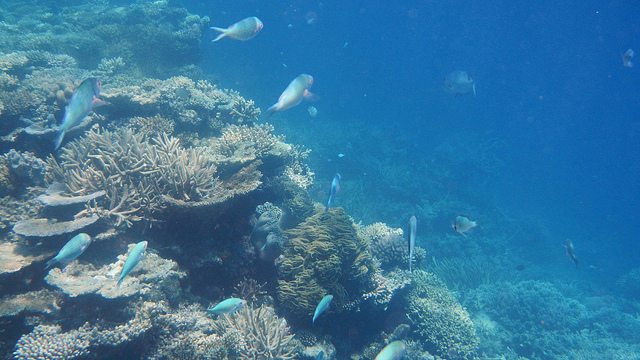 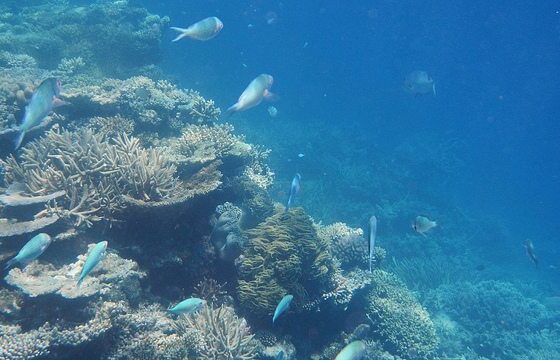 Climate change remains the most serious threat to the Great Barrier Reef and is already having an impact on the unique ecosystem, according to the Australian Government’s Outlook Report 2014.

The outlook is published every five years. It is designed to show what progress has been made and which areas are deteriorating. Since the last report was published, pollutants entering the reef have been measurably reduced and some species have shown recovery after significant declines, including the humpback whale, loggerhead turtles and estuarine crocodiles.

But despite these positive signs since the last report in 2009, the outlook states, “The greatest risks to the Great Barrier Reef have not changed.

“Climate change, poor water quality from land-based run-off, impacts from coastal development and some remaining impacts of fishing remain the major threats to the future vitality of the Great Barrier Reef.”

The report noted that a series of major storms in recent years has affected the already fragile ecosystem. The accumulation of all these impacts have the potential to weaken the resilience of the reef in the future, affecting its ability to recover from serious disturbance, which are likely to become more frequent.

Climate change was singled out as the biggest risk, as its effects are already being felt on the reef and is “likely to have far-reaching consequence in the decades to come”. The threats include sea temperature rise, which can lead to mass coral bleaching, gradual ocean acidification and more intense weather events.

“The extent and persistence of these impacts depends to a large degree on how effectively the issue of rising levels of greenhouse gases is addressed worldwide,” it adds.

The outlook also warns that not protecting the Great Barrier Reef will not only negatively affect the environment but also the economy and society. The outlook places an emphasis on the value of the site and its global reputation.

The Australian government has recently faced criticism around the protection of the Great Barrier Reef. The UN’s world heritage committee recently delayed a decision about whether to list the site as endangered because of threats it faces around pollution and urbanisation. The body has expressed concerns over plans to dump dredged sediment for a new coal port terminal in the reef’s waters.