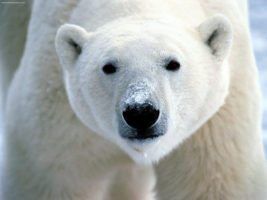 1 in 4 of the planet’s species could be forced into extinction by 2050 because of global warming. Devastating, but a very real possibility according to research by The Nature Conservancy.

99% of the species currently at risk are so because of human-related activity, and the number one cause is climate change. Earlier this year, Leonardo Dicaprio used his Oscar speech to put climate change back on the agenda, reminding us that 2015 was the hottest year recorded on the planet.

The consequences are being felt right now. Animals across the globe, from polar bears to flamingos may well join the golden toad on the list of animals labeled ‘extinct’ due to our changing climate. Despite the warning signs, we currently have a presidential candidate who doubts the existence of climate change.

Is it time to ask whether our governments, and ourselves, are doing enough for the animals, plants and people suffering as a direct result of global warming?

Which species are at risk?

Polar bears are one of the most loved endangered creatures. Experts predict polar bears face extinction in less than one hundred years as their habitat literally melts away.

On the opposite side of the planet, the risks from climate change remain devastating. The Adelie Penguin’s are considered by the IUCN (International Union for Conservation of Nature) as ‘near threatened’. Their numbers are expected to dwindle by 30% in the next 3 generations.

Other species considered at risk from climate change include leatherback and hawksbill turtles, koala bears, the beluga whale, the arctic fox and many many more.

Among the best known on this list is golden toad (Bufo periglenes), thought to have become extinct at the end of the last century directly as a result of climate change. The golden toad once thrived in the high altitude forests of Monteverde, Costa Rica.

According to the Oxford University Museum of Natural History, the frogs have sensitive skin, and are particularly vulnerable to pollution and ultraviolet radiation. The changes brought by global warming are thought to have played a significant part in the species’ decline.

Sadly, this year we’ve added the first mammal to the list of species that have become extinct as a direct result of climate change. The Guardian reported that the Bramble Cay melomys, a small rodent endemic to the Great Barrier Reef, is now wiped out in its only known habitat.

Last seen in 2009, they lived on Bramble Cay Cove off the coast of Queensland. Rising sea waters have destroyed over 97% of their habitat. A report found the cause to be man-made climate change.

Yes, we may be on the list too. Climate change kills more people annually than terrorism; it’s severely damaged infrastructure and threatened entire cultures and languages.

An independent report linked 400,000 deaths per year to climate change, and estimated that figure will rise considerably. Millions will be displaced and become environmental refugees in the coming years. According to the UN Refugee Agency (UNHCR), one person a second is displaced by an environmental disaster, with 22.5 million people forced to flee their homes since 2008.

In the Pacific Ocean, people indigenous to small islands are living with the consequences of rising sea waters. These people will have to abandon their lives, their homeland and their history.

For some it isn’t just a case of leaving their home, but also leaving their languages behind. In fact, it’s estimated that climate change could contribute to the loss of half the world’s languages in the next century.

What can be done?

Our planet is warming at a faster rate than anytime in the last 10,000 years; and WWF scientists estimate animals and plants will have to move faster than 1,000 meters per year in order to stay within a climate zone in which they need to survive.

The only way we can tackle the damage caused by climate change is by having a determined and educated population that will lobby their governments into working to secure the future of our planet. If Donald Trump becomes the United States of America’s 45th President this year, he will become the only world leader not to accept the science behind climate change.

Not only is climate change having an irreversible and devastating affect on wildlife, but also on humankind. Try calculating your carbon footprint and seeing how you personally can live a greener, kinder lifestyle.