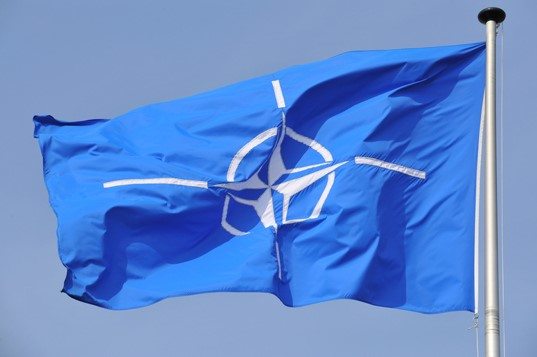 Faced with mounting security threats related to climate change, the NATO Parliamentary Assembly (PA) is urging Allied governments to back an ambitious, legally-binding global agreement in the run-up to and during negotiations at the UN Climate Change Conference taking place in Paris this December (COP 21).

A resolution is expected to pass today at the NATO PA’s annual session in Stavanger. Norway has urged governments of the 28 Alliance members to secure an ambitious and legally-binding deal at Paris, while also more fully recognizing climate-change risks and stepping-up their foreign and security policies in response.

The lawmakers also call upon NATO to improve strategic awareness of the security threats increasingly posed by climate change in the form of natural disasters; increased competition for natural resources such as food and water supplies; heightened migration pressures; and growing impacts on public health.

The resolution states that “climate-change related risks are significant threat multipliers that will shape the security environment in areas of concern to the Alliance.” In a clear call to action, the resolution also urges NATO member governments to enhance planning for climate risks; make a greater commitment to green defence policies; and intensify co-operation with partners in the Arctic, Middle East, North Africa, Central Asia and other regions particularly vulnerable to the impacts of climate change.

“If the world wants to stop irreversible damage to the planet, all governments must agree in Paris to clear, fair, and ambitious targets to reduce emissions,” said French Parliamentarian Philippe Vitel, who drafted the resolution as the NATO PA’s Special Rapporteur of the Science and Technology Committee.

Lord Jopling, Vice-President of the NATO PA and former UK Minister of Agriculture, Fisheries and Food, stressed that “we need legally binding rules with regular reviews to encourage states to raise their ambitions. Far too often, governments promise grand commitments, but when you examine them later, very little is done about it.”

“In Paris, our governments must take actions that they will not regret in a few years’ time. We cannot have a repeat of Copenhagen 2009. And that means we need a real commitment to keep the rise in global average temperature to below 1.5° or 2°C above preindustrial levels,” says Baroness Ramsay, Chair of the Science and Technology Committee and Member of the UK House of Lords.

Rear Admiral Neil Morisetti, in response to the NATO Parliament Assembly resolution on climate change and international security, explains: “Addressing the pressing security challenges NATO is facing today, especially around the southern and eastern flanks of the Alliance, must be the immediate priority. But, at the same time, to be an effective security organisation there needs to be an eye to future threats. Amongst these threats is the impact of a changing climate, including the risks posed to geopolitical stability and global wellbeing. Indeed, there is compelling evidence to show that a prolonged period of extreme drought has contributed to the current conflict in Syria, with the attendant mass movement of people within the region and beyond.”

“Now is the time for alliance members to demonstrate, both collectively and as individual nations, their commitment to reducing the security risks posed by a changing climate. Paris provides NATO members with the opportunity to show leadership in addressing one of the greatest challenges that we face in the 21st century. Failure to act will likely result in a more unstable world, one that will require NATO forces to be deployed, not just in a humanitarian role but also conflict prevention and, ultimately, conflict resolution.”

Climate change has been rising on the NATO agenda. As Allies observed in the 2010 Strategic Concept and reaffirmed at the 2014 NATO summit, climate change has the power to shape the Euro-Atlantic security environment, with “the potential to significantly affect NATO planning and operations.” Building on this momentum, the Allied lawmakers are now calling on NATO to take the next step and “increase the frequency of military and political consultations on climate change within NATO.”

Although non-binding for Alliance governments and NATO itself, the Assembly’s resolutions are influential in shaping policy. Jens Stoltenberg, who was UN Special Envoy on Climate Change until being appointed NATO Secretary General, will lay out in writing his thoughts on the resolution by the end of 2015.

“The security of Alliance members is at stake,” insists Vitel. “Climate change is increasing the risk of violent conflict by exacerbating known sources of conflict, like poverty and economic shocks. The time to act is now.”

Besides the resolution, he authored a detailed report on the international security implications of climate change for the NATO PA’s Science and Technology Committee in Stavanger. It warns that “climate change is arguably the most critical and difficult challenge of the 21st century.”

The emphasis on climate change at the NATO PA’s Annual Session as part of its comprehensive agenda reflects a growing international understanding of the threat it poses from a security perspective. In April this year, the G7 Foreign Ministers recognised that climate change “poses a threat to the environment, to global security and economic prosperity”. As a result, the ministers set up a working group exploring the recommendations submitted by a consortium of think tanks in the G7-commissioned report “A New Climate for Peace: Taking Action on Climate and Fragility Risks”.

The NATO Parliamentary Assembly brings together more than 250 senior members of parliament from Allied nations, plus more than 20 associate and observer delegations. It serves as a vital bridge between voters and NATO leadership and is a critical forum for inter-Allied parliamentary discussions. The NATO PA has consistently urged concerted global responses to climate change challenges and has repeatedly called for the inclusion of climate change in NATO’s political agenda.

Lieutenant General Tariq Waseem Ghazi, a member of the Global Military Advisory Council on Climate Change (GMACCC) and former Defense Secretary of Pakistan, welcomed today’s NATO PA resolution: “The call to NATO members by its Parliamentary Assembly comes at a key time as world leaders prepare to decide upon a collective response to climate change. Growing competition for natural resources, heightened migration pressures, erratic water and food availability, and increasingly frequent natural disasters are just a few of the ways that humanitarian impact from climate change is transforming the security agenda. Exacerbating conflict, changing livelihoods and forcing people into poverty, its bite is already being felt. It is imperative that we see a strong, coordinated response across borders.

“The UN’s climate summit at the end of November is the time for action to ensure we have a lasting, just and meaningful global deal on climate action. World governments have varying but shared responsibilities to ensure not just the conservation of our planet, but also prosperity for their people. Just as NATO’s leaders have been urged to demonstrate the leadership required, so too should militaries around the world more fully recognise the significance of security risks from climate change. If future conflicts due to pressures created by climate change events are to be prevented, global initiatives need to be put in place now.”