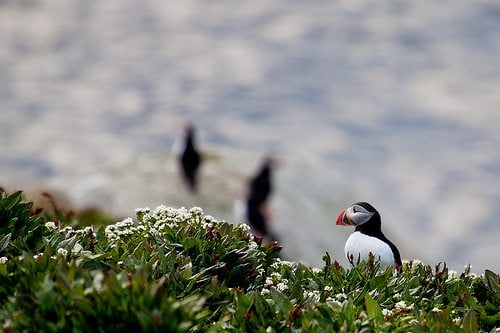 Wildlife living along the coasts in the UK is being seriously affected by climate change, a study by the National Trust has warned.

Changes in weather patterns, sea-level rise and coastal erosion are among the things threatening at least six species, including puffins, butterflies, oyster plants and the cliff tiger beetle.

Wildlife specialist at the trust, Matthew Oates, said, “Climate change could change the face of our coastal flora and fauna. With rising sea levels, our rich mud flats could simply disappear.

“Wildlife which relies on the gradual erosion of soft rock cliffs or lives on loose sand and shingle habitats could be caught out by an increasingly mobile landscape as a result of extreme weather.”

Some puffins, for instance, have had to change their dietary habits because of overfishing and warming seas, while the bad weather caused many birds to be washed up on the English and Scottish coast in March.

David Bullock, head of nature conservation at the National Trust, said, “Over the past decade we’ve been developing a better understanding of the coastline that we care for and in particular the 50% that will be affected by increased coastal erosion or flooding in the future. Plants, animals and ourselves will have to live with an increasing rate of environmental change.”

On the other side, an increasing presence of alien species such as the grey triggerfish, which usually lives in warm waters and could have an unpredicted effect on the UK’s ecosystem, have been observed.