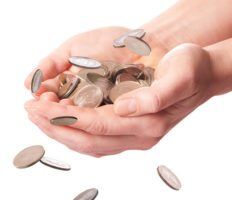 Financing mechanisms must be fit for purpose in order to meet the pledges to protect forests made at World Conservation Congress in Hawaii.

Honolulu, 5th September 2016 – Only by re-designing climate financing can the commitments made in Paris at COP21 in December 2015 be realised, according to Indonesia’s Asia Pulp & Paper Group (APP). Speaking at the IUCN World Conservation Congress in Hawaii, Aida Greenbury, APP’s Managing Director of Sustainability, called for current climate financing mechanisms, such as REDD+ to provide greater opportunities for smallholders and forest community to access upfront investment, citing this as a critical part of protecting and restoring the world’s forests.

“The very way that current systems are set up to withhold payments until emissions reductions are achieved does not provide an incentive for urgent action by people on the ground. If donor funded schemes must stick to the payment-by-results mechanism then more needs to be done to channel funding towards supporting communities to meet their short-term needs whilst they wait for longer-term results-based payments to come through.

The Paris Agreement included the ambitious target of mobilising $100 billion by 2020 but it isn’t just the amount of financing generated which will see us succeed.

“The Paris Agreement included the ambitious target of mobilising $100 billion by 2020 but it isn’t just the amount of financing generated which will see us succeed, the mechanisms to effectively spend it also need to be in place, otherwise smallholders will be left behind” said Aida Greenbury, Managing Director of Sustainability.

Ms Greenbury highlighted the crucial role that private sector funding can play in encouraging a new approach to climate financing; “The companies dealing with forest based commodities have a major role to play in supporting climate finance initiatives, through direct financial contributions we can not only share the burden of the cost but crucially de-risk much bigger investments from donor countries or development financing.” APP has invested millions of dollars to protect and restore forests in Indonesia since 2013. The business introduced its Forest Conservation Policy in 2013 which committed the company to halt all natural forest clearance.

APP is playing an active role at the Congress for the first time as part of a large Indonesia delegation. APP’s most active project with the IUCN is the commitment to support the protection and restoration of degraded and deforested forest across ten key landscapes in Indonesia* as part of the wider Bonn Challenge process. APP remains the only company to have made a commitment to the Bonn Challenge following its decision to sign the New York Declaration on Forests in 2014.

Building on the major commitments to support marine conservation by President Obama at the event Ms Greenbury also highlighted how efforts to support blue and green carbon need to be better integrated, “As we see in Indonesia, there are no clear boundaries between farming, forest, mangroves and the ocean. Just as we need an integrated approach across all actors to protect forest landscapes, we have to now work more closely with those focussed on blue carbon to ensure that all natural resources where the land meets the sea are protected.”