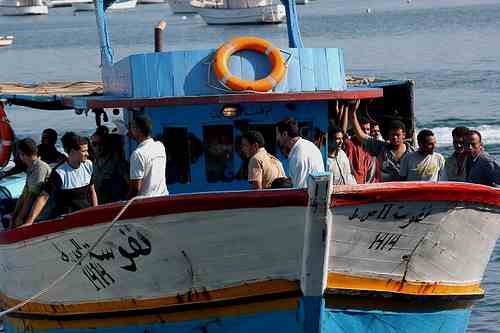 Climate change will soon be one of the reasons that thousands people leave their countries and look for better lives in Europe, according to the UN Least Developed Countries (LDC) group.

While the number of the Lampedusa tragedy victims has risen to 231, with around 200 still missing, the UN group representing the most vulnerable areas of the world has said these episodes will be even more likely if EU members do not act against global warming.

Pa Ousman Jarju, the chair of the LDC group at the UN climate change negotiations said that, although the hundreds of migrants that were on the sunken boat in Lampedusa were not climate refugees, similar tragedies could happen more often because of climate change.

“There will be more refugees coming to your countries looking for greener pastures,” he said.

“People are almost destitute in their own countries. I think the international community needs to come to the aid of the refugees in the developing countries.”

The LDC group warned that a worsening climate scenario might increase the probability of mass migration from Africa and Asia. The attempt to restrict the access to Europe would only ease the likelihood of tragedies like the one in Lampedusa.

Michele Levoy, the director for Platform for International Cooperation on Undocumented Migrants (PICUM) told EU news website EurActive, “With increased securitisation, migrants are resorting to very dangerous means to try to enter Europe and with a lack of regular channels, the routes they take are becoming more dangerous.

“This makes it inevitable that tragedies will continue to occur”.

The majority of migrants involved were from Eritrea, a country that “[…] has suffered greatly from the negative effects of climate variability” since 2000 and face droughts every three years, according to the UN’s Office for the Coordination of Humanitarian Affairs. In addition to the environmental and climate problems, Eritrea has often been criticised over human rights abuse.