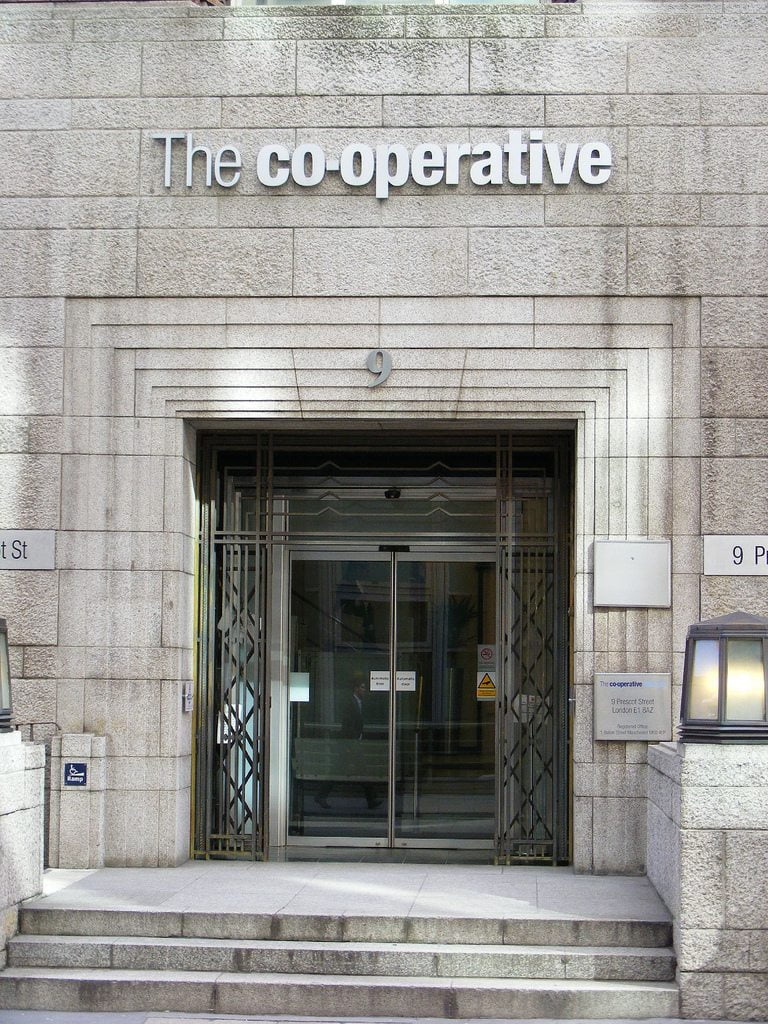 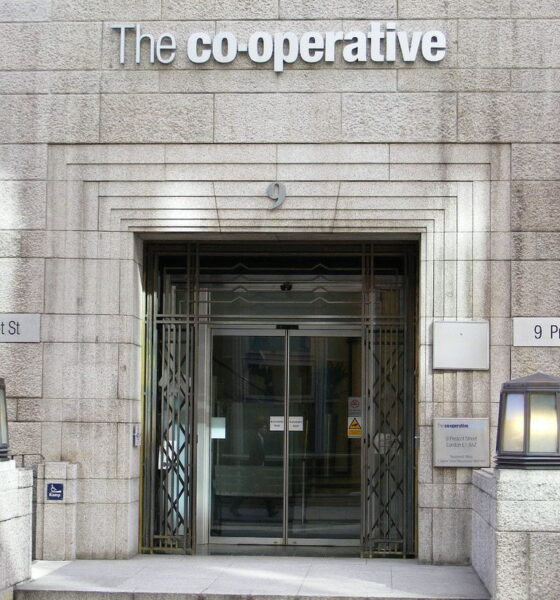 We will “[continue] to have regard for the highest standards of ethical principles”, the Co-operative Bank stated in an advert on Monday. This is despite being 70% owned by outside investors, two of which – Silver Point Capital and Aurelius* – led the charge for external ownership.

Appearing in national titles such as the Guardian, the Financial Times, the Daily Telegraph and the Sun, along with a number of trade publications, the advert says the Co-op’s ethics have “stayed the same” during its recent rocky period.

“Whether that’s the commitments we’ve made to our customers’ values over the years to do things differently, or our refusal to bank with businesses we don’t believe meet our values. We now believe that we must go even further than before to ensure that those beliefs are set in stone, both for our customers, and for us”, it adds.

Its flagship ethical code, which in the past led to it being lauded as the high street’s leading ethical player, has apparently been written into the Co-op’s legally-binding constitution. Meanwhile, a new independent values and ethics committee is to be set up to help protect this culture. The BBC’s business editor Robert Peston added, “Co-op Group will have the right to strip the bank of the ‘Co-op’ moniker if it starts lending money to clubbers of seal pups or in any other way doesn’t behave as its customers would want.” 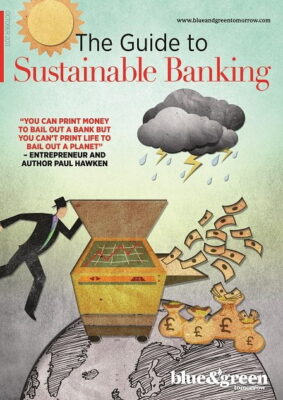 The Co-op advert, signed by group CEO Euan Sutherland and bank CEO Niall Booker, concludes, “Over the years, our ethical policy has made the Co-operative Bank special for millions of people. By continuing to have regard for the highest standards of ethical principles we are more committed than ever to ensuring that the Co-operative Bank remains just as special for years to come.”

While it may be encouraging for Co-op customers to see such steadfastness over the ethical policies that attracted many of them to open accounts in the first place, the advert comes alongside news that at least 15% of the bank’s branches will close as part of its £1.5 billion recapitalisation plan. You don’t have to have the keenest sense of smell in the world to get the scent of marketing spin.

Indeed, Andre Spicer, professor of organisational behaviour at Cass Business School, said, “Cutting 1,000 jobs at the same time as you launch an ethics policy is quite a contradiction. It is likely to alienate many of the bank’s customers. The result could be customers leaving.

“Fortunately for the Co-op Bank, most bank customers are lazy – only changing banks every couple of decades. Maintaining the bank’s ethical culture in the face of job cuts and public vilification is going to be hard. It is likely many staff will feel disheartened and ask themselves if this is what they signed up for.”

Despite this, the Co-op’s pledge has been largely welcomed – even if its initial decision to allow hedge funds to invest was met with derision. Laura Willoughby, chief executive of Move Your Money, described its ethical commitment as “great news for customers and excellent news for the banking sector”.

She added, “We know that customers want a bank that is better and if Co-op keeps its pledge, it still makes it an ethical alternative to the big four banks who still don’t care at all.”

Meanwhile Ed Mayo, secretary-general of trade body Co-operatives UK, said, “We have seen the announcement of the recapitalisation plan for the Co-operative Bank and will conduct a full technical analysis of the constitution once it has been released. We are of course welcoming of the bank’s continued commitment to adopt an ethical stance.”

Some are slightly more sceptical, though. Shaun Fensom from the Save Our Bank campaign said, “Today’s announcement from the Co-operative Bank contains some welcome pledges. However, we are missing the cast-iron commitment that the bank’s ethical policy will be set in stone, not some ambiguous ethical code. We need an independent audit and warts and all reporting.”

Fensom outlined that the Save Our Bank campaign, which was set up in October to seek to preserve the Co-op’s ethical principles, wanted “both real guarantees on ethics and a plan to return to mutual ownership.”

Save Our Bank, alongside a range of other charities and NGOs that banked with the Co-op, recently wrote to the bank to urge it to maintain its ethics.

John Sauven, executive director of Greenpeace UK, said, “A major reason Greenpeace banked with the Co-operative Bank is that it was one of the few to have grasped the need for our society to wean itself off fossil fuels. It’s important to Greenpeace and our supporters that such farsighted commitments continue.”

For some individuals, the Co-op’s recent turmoil has led them to consider more ethical and responsible alternatives. Their exits were aided with the introduction of the new seven-day switching scheme in September.

One former customer, Jo Owen, wrote about her reasons for ditching the Co-op in favour of Nationwide on Blue & Green Tomorrow in August. Speaking about Monday’s announcement, she said, “I’m pleased to see that their commitment to ethical banking has been enshrined in their articles of association.

“However, the fact remains that a large portion of the bank is now in the hands of a hedge fund, and today’s announcement on branch closures does not reassure me. I wonder whether the Co-operative Bank has any future at all, and all the ethical commitments in the world may not be enough to save it.”

Meanwhile, a current Co-op customer, Paul Gibson, summed the bank’s sorry state up on Twitter, saying it was “surreal when [a bank] has to confirm that it’s ethical in adverts”.

While it is clearly encouraging to hear the Co-op’s reassurances over its ethical policies, only time will tell whether it is seriously committed. Having ethics as a bank does not just mean lending and investing responsibly, though. It means valuing your customers and caring for local communities.

As a Co-op customer myself, I have received nothing but bank statements, product flyers and account change notifications through the post since April, when this whole charade came to light. As well as (or instead of) adverts in all the national papers, perhaps personalised letters to its customers – many of whom have accounts with the bank because of what it stands, or stood, for rather than its interest rates – would have been more appropriate (though admittedly more expensive).

If the Co-op fails to stand by Monday’s firm pledges, retribution will be swift as socially-orientated consumers and businesses decide enough is enough, and begin to look elsewhere.