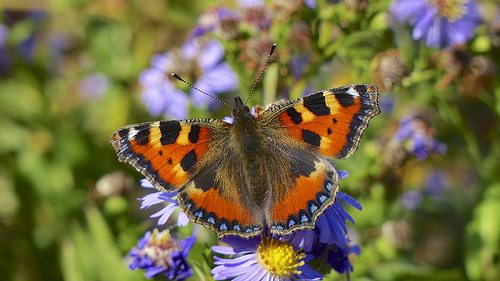 A survey of common UK butterfly species has found that many have thrived as a result of the sunny and warm 2013 summer – after a worrying decline was observed in 2012.

According to the latest Wider Countryside Butterfly Survey (WCBS), led by conservation groups Butterfly Conservation, the British Trust for Ornithology and the Centre for Ecology & Hydrology (CEH), many species flourished last year.

The brimstone, common blue, small copper, small skipper, large skipper and small tortoiseshell butterflies, all commonly found in the UK, recovered from their worst years on record in 2012.

Experts say that butterflies were hugely helped by 2013’s weather.

“Recording butterflies and birds at the same sites gives us a unique insight into the health of our countryside.”

However, experts have warned that this year’s mild winter and recent extreme rainfall could reverse the positive trend. While flooding might harm some species of moth, warm winters increase the risk of fungi and other diseases and might actually lead the butterflies to emerge earlier, when less food is available.