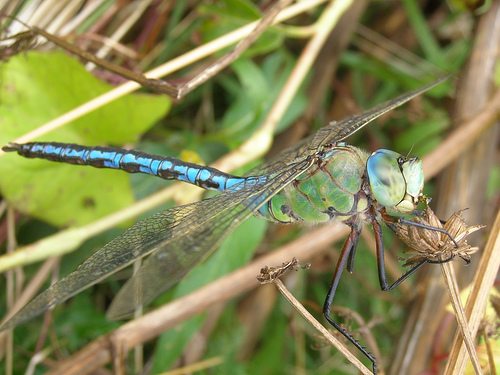 Conservationists have said that an extremely wet winter may have impacted on invertebrate numbers, boosting mosquito populations but causing a decline in dragonflies.

The Canal and River Trust has warned that dragonflies and damselflies may begin to dwindle, with rivers spreading across fields over the past few months, leaving larvae as easy prey for small mammals. These insects spend most of their lives as nymphs in waterways.

Peter Birch, group environment manager for the Canal and River Trust, said, “While this year’s floods have had an obvious impact on larger animals, birds and fish, we are also particularly concerned with the impact on invertebrates, which form the foundation stones of a healthy water environment.

“Dragonflies, and their sister damselflies, flourish in clean water which is rich in bankside vegetation, such as reeds. This makes them a fantastic indicator of the health of a canal or river.”

Birch explained that floods and heavy rainfall might have a long-term effect on river invertebrates.

“We would expect to see an increase in numbers of mosquitoes and midges which prefer stagnant and isolated water, but we may also see a drop in the numbers of dragonflies emerging this spring”, he said.

The charity invited members of the public to take part to the Great Nature Watch, recording sightings of wildlife on canals, rivers and lakes.

A number of academics warned in March that as winters are expected to become wetter and wetter in the future, more fertilisers could be washed into waterways, causing algae to grow faster and affecting the wildlife population.