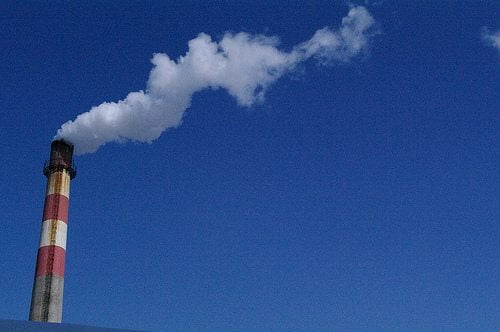 Carbon trading schemes are at risk from criminal gangs and fraud, the police agency Interpol has warned.

In a new report Interpol says that a lack of understanding makes the carbon market particularly vulnerable.

Carbon trading began after the 1997 Kyoto Protocol set targets for industrialised countries for the reduction of greenhouse gas emissions. In the carbon market, carbon is assigned an economic value, allowing investors, companies or nations to trade it.

This means that companies or nations can offset their emissions by purchasing reductions made elsewhere. This is done by purchasing units, also known as carbon credits, with each equivalent to one tonne of CO2. These units are bought from producers that have exceeded their emission reduction targets and therefore have units to spare.

Carbon trading is the world’s fastest growing commodities market.In 2011, the equivalent of 10.3 billion tonnes of carbon dioxide was traded.

“Unlike traditional commodities, which at some time during the course of their market exchange must be physically delivered to someone, carbon credits do not represent a physical commodity but instead have been described as a legal fiction that is poorly understood by many sellers, buyers and traders,” the Interpol report says.

“This lack of understanding makes carbon trading particularly vulnerable to fraud and other illegal activity.”

Criminals have attempted to abuse the system through activities such as fraudulently selling carbon units that do not exist or manipulating measurements so that buyers can claim more units than were actually sold. They have also taken advantage of insufficient regulation to commit financial crimes such as money laundering or tax fraud.

Meanwhile in 2012 three men in the UK were found guilty of committing £38m worth of tax fraud related to carbon trading, in a plot that could have cost the country £2 billion.

Interpol says, “The discrepancy between the objectives of the financial players in the market – to maximise profit – and the overall objective of the Kyoto Protocol – to ensure overall greenhouse gas emissions are reduced – places diverse pressures on the regulation of the market when drawn alongside other typical commodity markets.”

It recommends that efforts be taken to raise awareness amongst law enforcement agencies of the unique circumstances of the carbon market, and to improve regulation and transparency.