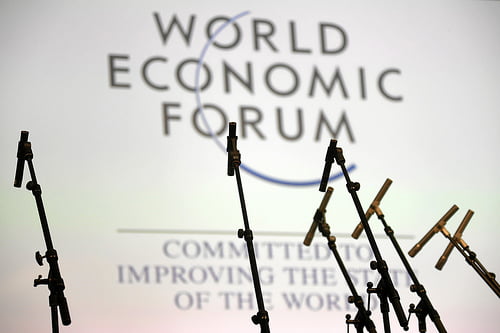 The World Economic Forum’s (WEF) mission is displayed across many walls in Davos, Switzerland: “Committed to improving the state of the world”. Emma Websdale rounds up some green perspectives from the conference to see if and how this is being done.

Climate change and the environment are two major issues embedded into the future economic decision making at Davos. So is this finally the time for a significant change and real investment into tackling the worlds’ biggest challenges?

A piece by Greenpeace executive director Kumi Naidoo in The Guardian highlights how his time attending the WEF conferences over the past 12 years has been challenging and wasteful: “A small but growing number of chief executives are beginning to get it.

“However, the majority must unshackle themselves from a business as usual mentality because if they don’t, the levels of popular disaffection we are seeing from the Arab world to the Occupy movement, will look like a Sunday morning picnic in years to come.”

Johan Kulyenstierna, deputy director of policy at the Stockholm Environment Institute, also reflects on his disappointment regarding Davos’ coverage of environment issues, saying in an article on Responding to Climate Change, “Not a single session on this year’s public programme is devoted to climate change or sustainability in isolation.”

And while this may be the case, Emma Rowley of The Telegraph wrote that the topic underpinned many of the discussions being held: “Doubters may rage, but you won’t find many people at Davos in your camp. Climate change has been treated as a given in the sessions I’ve attended.”

When headlines like Climate change back on Davos agenda emerge, such as the one in the Irish Times, it provides readers with the impression that Davos is tackling climate change. But further on in that same article, it reads, “Yet business leaders are still struggling to find the economic incentives to change current practices”, thus snapping readers back to reality.

Despite this back-and-forth interpretation, The Guardian’s Dominic Waughray brings forth a positive perspective. He writes about the successful development of a new partnership inspired by the Davos conference aimed at tackling the water crisis in developing countries. The launch of this new partnership, called the Strategic Water Partners Network of South Africa (SWPN), consists of large business leaders including Coca-Cola and Nestlé who “will operate as a fast growing network that will provide practical ideas to assist in delivering sustainable water supplies”.

Environmental Leader also reports a success story from the conference: “SAP has announced plans to invest $6.6 million into sustainably and entrepreneurship at the World Economic Forum at Davos.” The article documents SAP’s aim of joining up with the $4m Livelihood Fund, which invests in planting trees to tackle climate change, whilst improving ecosystems.

These mixed reviews from the media portray a dizzy spin on Davos’ environmental outcomes. Not all audiences are satisfied. However, with even the most compound issues such as securing water in developing countries and large boosts of environmental investment, can we argue that the Davos conference hasn’t served as a catalyst towards tackling these issues? Or, as some of the media have stressed, is the environmental message just not getting across?