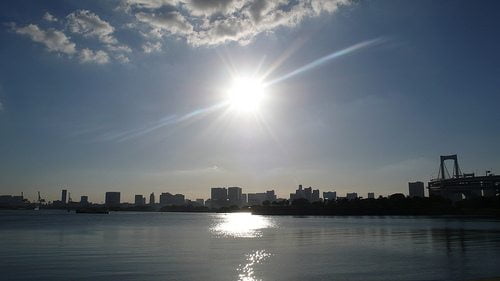 Four people have died and 1,600 hospitalised following a weekend of extremely hot weather in Japan, where temperatures touched 40C in some areas.

According to the Japan Meteorological Agency, temperatures in Otofuke, in the northern island of Hokkaido, reached a peak of 37.8C. Alerts were issued in the Akita region, with the heatwave continuing until Tuesday.

In Tokyo, temperatures hit 33C, some 10C higher than the average of 23C. The agency said that the phenomenon was due to an area of high pressure, which embarked on the country on Saturday and Sunday.

Japan’s Fire and Disaster Management Agency reported that at least 1,637 people had been hospitalised following the hot temperatures, while four had died because of related symptoms. About 40% of people that needed assistance were over the age of 65.

Heatwaves are becoming more and more frequent as global temperatures rise due to the effects of climate change. A recent study suggested that the situation could be made worse by urbanisation, while another piece of research by the UK Met Office previously argued that heatwaves were set to become more frequent across Europe.

In March, the UN’s World Meteorological Organisation revealed that 13 of the 14 warmest years on record had occurred in the 21st century, with 2013 being the sixth warmest on record. Last year, Argentina and Australia experienced their warmest and second warmest year on record respectively, with seven people dying from the heat in Argentina.