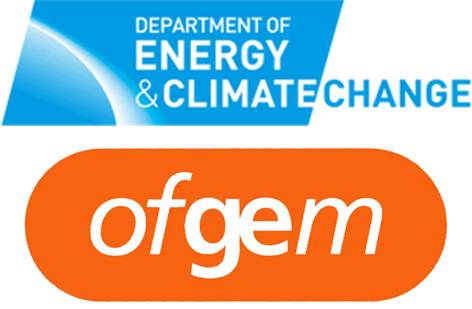 Offshore wind farms costs could be reduced by as much as £3.5 billion through successful collaboration between energy regulator Ofgem and the Department of Energy and Climate Change (DECC).

Offshore wind farms costs could be reduced by as much as £3.5 billion through successful collaboration between energy regulator Ofgem and the Department of Energy and Climate Change (DECC).

“There are a number of ways we can reduce the cost of offshore wind, and this is definitely one of the most exciting”, said Charles Hendry, minister of state for energy.

“I now look forward to seeing the package of measures announced today implemented, and to see them build on the cost savings already being made through bringing in competition and new entrants into this sector.”

The increased coordination could see long-term governmental targets for the reduction of offshore wind costs achieved much sooner than first anticipated.

The initial aim was to reduce the cost of offshore wind by £100 per megawatt hour (MWh) by 2020, but under the new plans the objective could be achieved much faster.

Developers will now be able to connect wind farms to transmission links much more easily, meaning individual purpose built connections for each new project will no longer be necessary.

The renewables industry has welcomed the report’s bold goals. Guy Nicholson of RenewableUK, the trade and professional body for the marine, wind and tidal sectors, said, “Early investment in planning, developing, permitting and constructing offshore transmission will help to deliver networks in the most cost effective manner.

“As well as connecting the 18 gigawatts (GW) of offshore wind generation RenewableUK expects to be operating by 2020, the offshore transmission regime can help reduce timescales and costs for both onshore reinforcements and interconnection with the rest of Europe.”

DECC and Ofgem’s announcement is likely to provide those in the renewable energy sectors, and in particular offshore wind, with considerable relief after the industries received significant, high-profile but ultimately ill-informed flack recently.

Donald Trump and National Trust chairman, Sir Simon Jenkins, are two who have lent their voices to the anti-wind movement, with Trump even lending a princely £10m to the cause last week.

Despite the negative press, the government and industries bodies are getting fully behind offshore wind, especially when the energy generation potential is massive—harnessing around 29% of offshore wind capabilities would meet all of the UK’s energy demand.

Investments from individuals is imperative if we are to reach the Government’s target of 11 to 18GW worth of offshore wind farms by 2020, as laid out by the Renewable Energy Roadmap. This figure is just 1.6GW at present, which shows there is a long way to go.

Ask your financial adviser about investing in renewable technologies, or fill in our online form and we’ll help you. Or, if you’re interested in your home being powered by clean energy, contact Good Energy, the UK’s only 100% renewable electricity provider.