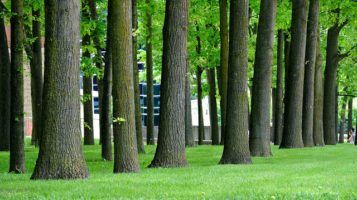 Environmentalist film director Vivienne DeCourcy (DARE TO BE WILD) and Chelsea Flower Show gold medalist Mary Reynolds  along with the woodland trust have come together to encourage everyone to plant one tree in their garden this Autumn/Winter to help reverse climate change.

DARE TO BE WILD celebrates its UK Premiere tonight at London’s Notting Hill Gate Cinema and will be released in cinemas across the UK and Ireland from this Friday 23 September.

After experiencing family tragedy, former US corporate finance attorney Vivienne gave up her law practice with the primary goal to raise awareness for the wilderness through her directorial debut. Now, with the protagonist of her first feature film, Mary Reynolds, she is supporting the UK’s Tree Charter (which is championed by The Woodland Trust) and hoping to raise awareness of the difference that people can make to climate change, simply by planting one tree in their garden.

Evidence has shown that planting trees could help to slow or reverse climate change.

Director of DARE TO BE WILD Vivienne DeCourcy explains:

“Evidence has shown that planting trees could help to slow or reverse climate change. Right now humans are producing carbon dioxide faster than the environment can absorb it, which could be catastrophic for the whole world. This is not helped by the mass deforestation in some countries – the devastating effect of which is highlighted in the desertification of places like Ethiopia, a plight which is highlighted in Dare To Be Wild through Mary’s real life experience of supporting reforestation in the country. By simply planting a tree in your garden to absorb carbon dioxide, we can fight against one of the greatest threats to this world and protect our environment for future generations.”

In cinemas from Friday, DARE TO BE WILD is a romantic adventure story about the landscape designer Mary Reynolds, who believes we can preserve and re-generate wild nature – and in so doing – save ourselves. The film tells the inspirational true story of Mary Reynolds’ very quick rise from rank outsider to winner of a Gold Medal at the Chelsea Flower Show in 2002. She believes that if we experience the atmosphere of wild nature in our own back yard we will be more likely to protect the wilderness.

“Hawthorns are sentinel trees. They grow very quickly in their initial years and their thorny stems are designed to protect the more delicate growth of larger parent trees such as oak or ash from wind and grazing damage. Hawthorns are one of natures guards, or protectors. They retain a strong energy of a warrior, the warrior spirit of nature. We need that energy to rise up in all of us now. We need to become natures guardians, her sentinels, as those in power are not playing their part. Embrace the spirit of the hawthorn and become a sentinel in natures army. Plant trees, it is one of the most gentle and powerful things you can do. Specifically plant locally sourced native trees to provide future sanctuaries for all the creatures that live above and below the soil.”

Matt Larsen-Daw of the Woodland Trust explains how this film highlights the deep-rooted connection that people have for the natural wonders around them:

“It is no exaggeration to say that we are at a crisis point for the UK’s trees and woods – a perfect storm of threats, changing lifestyles and apathy. Trees and woods improve life for people in so many ways, and yet their true value is rarely recognised. As a result, they are disappearing from our lives and landscapes due to man-made and natural threats, and a lack of commitment to planting new trees and woods for the future. Beneath the surface, however, I believe there is a deep-rooted love of trees and woods that just needs to be re-awakened and made visible. That’s why the Woodland Trust is leading more than 50 organisations in calling for a Charter for Trees, Woods and People to bring trees to the centre of decision-making and public consciousness where they belong.

“We hope that audiences will go and see Dare To Be Wild at the cinema. This beautiful film illustrates the transformative power of nature on an individual, and I am sure will cause many people to reflect on their own connection to the trees and other natural wonders around them. The aim of the Tree Charter campaign is to get people talking about how trees touch their lives. We are delighted that Vivienne DeCourcy and Mary Reynolds are supporting us in doing this.”

DARE TO BE WILD is in cinemas across the UK and Ireland from 23 September.