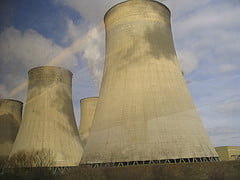 A lack of Government support and high logistics costs are to blame for the cancellation of two planned biomass plants in the UK.

Predominantly coal-fired power producer Drax has announced that it has scrapped plans for a biomass plant on its Selby site in Yorkshire along with another site in the UK. The company revealed the news in its preliminary final report.

Drax’s chief executive, Dorothy Thompson, said: “We have expressed disappointment with the proposed level of support for this technology, which makes the investment case for the independent generators highly challenging”.

Funding has been an issue since the plant was given approval in August 2011. The company said that the project would not go ahead unless subsidy levels for biomass power were increased.

Biomass energy generation typically uses wood and agricultural waste in a process that produces lower levels of carbon emissions than coal. However, a review by the Government into their Renewable Obligation scheme did not increase support for biomass projects.

Currently, Drax is the operator of the largest coal-fired power station in the UK, but is keen to develop its biomass capacity. Thompson said, “Drax is ready to transform itself into a predominantly renewable generator, but to do so we need appropriate regulatory support, and to that end we look forward to the timely conclusion of the Government’s current review.

“We continue to operate at less than our installed renewable biomass capacity because of the current low level of regulatory support. However, the results of our biomass combustion trials give us full confidence in our technical capability to become predominantly biomass fuelled.”

Despite the lack of support, Drax still plans to invest £50m to boost total co-fired energy production in 2012, according to the BBC. Co-firing reduces emissions by burning biomass alongside coal but currently only accounts for 12.5% of Drax’s output.

Renewable energy has suffered a few funding setbacks recently, most notably with the feed-in tariff debacle. But there are a growing number of interesting renewable energy projects under development. Just this week, the Energy and Climate Change Select Committee released a report calling for more support of marine energy in the UK.

You can make a difference by offering your support to renewable energy. Blue & Green Tomorrow’s recommendation for your power needs is Good Energy – the only company in the UK that provides 100% renewable energy.