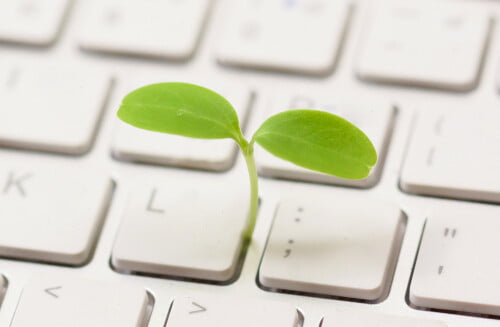 Every year we see exciting innovations in the realm of green tech and sustainability, and 2018 has been no exception! From the world’s first solar-powered train, to more sustainable roads and even green portable toilets – we’ve put together some of our favorites in sustainable tech so far.

The year of the composting toilet?

Water shortages around the world have seen customers rethink the use of potable water for flushing loos – and a growing desire globally for more sustainable and natural ways of dealing with our waste has consumers seeking greener alternatives. One such method, the composting toilet, has caused a lot of buzz recently – and could certainly be a more affordable option for the 5 million plus people around the globe who still don’t have access to decent sanitation. Consisting of a urine separator and what is, essentially, a bucket – anyone using the toilet simply adds a handful or two of sawdust or coconut fiber once they’ve done their… business. Once the bucket is full, it can be allowed to break down into useable compost or ‘humanure’. It might all sound a little too old-fashioned for some, but they’re becoming more and more common with those buildings their own eco-homes, and one company in Oregon has even launched a range of portable composting toilets called the ‘Nature Commode’!

The idea of windows that not only darken automatically in bright sunshine, but can also use that sunshine to create electricity, has been around for some time. But in 2018, we’ve come closer than ever before to seeing them become reality. Advances in the formulation of crystalline compounds called perovskites, which are almost as efficient as silicon crystals in converting solar energy into power (22% versus 25%) means we may soon have a way to achieve this goal affordably. While there are still many issues to be overcome – such as a tendency for the compounds to give the glass a slightly reddish tint – the race for the perfect formulation is well underway!

Whether they’re self-driving, electric, or traditional vehicles, the construction of new roads is vital for economic development. But in areas where there is soft soil or poor-quality subgrade, the construction of durable roads has often meant that high quality aggregates need to be trucked in from vast distances. This process means that both the cost and the overall carbon emissions of the project are negatively impacted.

Enter geocell technology, the use of a cellular confinement matrix constructed from a novel polymeric alloy called Neoloy. This three-dimensional honeycomb-like matrix can be delivered to site flat, and then filled in with whatever local materials are readily available. Because the cells prevent their contents from creeping, they create a kind of stable ‘mattress’ which has proved to be remarkably durable – and the benefits don’t stop there. In a recent study, geocells were shown to cut the average carbon emissions of a project by 60% and even reduce the required final road thickness by 50%. Building roads just became a lot more sustainable.

Fitted with custom made curved solar panels, one remarkable train in Byron Bay, New South Wales, Australia runs entirely on solar power. Additional solar energy is captured by a large solar array on the platform roof, and the train recycles energy used during braking to feed back into its on-board batteries. Those batteries allow for the train to keep running even during cloudy weather, although there is a backup diesel engine for use in emergencies.

Although the train currently only carries 100 passengers at a time and is on an admittedly flat route, it sets a remarkable example for other countries where solar power could provide a cleaner alternative to mass transport. The carriage itself is a refurbished 1949 ‘red rattler’, and the batteries are stored in the space left over from removing the original engine, demonstrating the ease with which existing rail infrastructure could be refitted with similar technology.

Although providing a new habitat for fish was certainly not the intention when the USA built their first offshore wind farm in the waters off Rhode Island, recent video footage shows this has been a potential side benefit of erecting the massive turbines. While it will take time to get significant data on whether the new habitats created by the bases of the turbines are having are making a tangible difference to local fish populations, it’s certainly nice to see a green solution having even more positive knock-on effects for the environment!

Cat Robinson is a freelance writer lucky enough to be living on the beautiful KwaZulu Natal coast of South Africa. Instilled with a love of language from an early age, she enjoys bending her pen to different subjects, researching new topics and, hopefully giving a touch of flair to every piece she writes! She is passionate about educating her readers through entertaining content that makes complex issues easier to understand and has written on topics as diverse as vegan nutrition to woodworking tools to travel. When she’s no writing or entertaining her three feline furbabies, she enjoys experimenting in the kitchen with indigenous plants – often with mixed results!