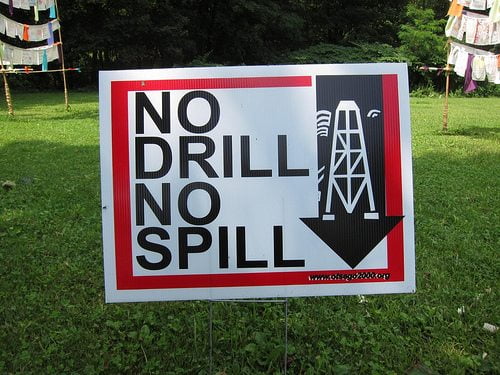 Dutch bank Rabobank has announced it will not lend money to businesses that deal with unconventional energy extraction, including shale gas, because of the environmental and social implications of doing so.

The institution, which specialises in financing agriculture and food businesses and has a focus on sustainability, has declared shale gas, which is sourced from a process called fracking, and oil from tar sands as off limits.

On fracking, it said the risks of water and soil contamination by the chemicals injected into the shale rocks to extract the gas were too high. So too is the threat to biodiversity, ecosystems and local residents.

Its restriction on loans applies also to farmers who decide to lease their land to energy companies for extraction operations. The bank applied the measures in order to slow down the so-called ‘dash for gas’ which is happening rapidly, particularly in the US.

A recent study that looked at 141 drinking water wells in Pennsylvania – where natural gas production increased by 69% in 2012 – found methane in 82% of the samples. This suggests that the drilling taking place nearby has somehow affected the water quality.

In the UK, the government has given the green light to ‘responsible fracking’. Extraction firms have been encouraged by predictions that say the shale gas reserves in Yorkshire and Lancashire could far exceed previous estimates.

However, the physical risks involved, including the threat of earthquakes, are still unclear. Meanwhile, the possibility of shale gas keeping down consumer energy bills, is also up for debate.

Recent figures by the International Energy Agency (IEA) revealed that renewable sources of energy, such as wind, solar and hydro, are set to produce more power than nuclear and gas combined by 2016.