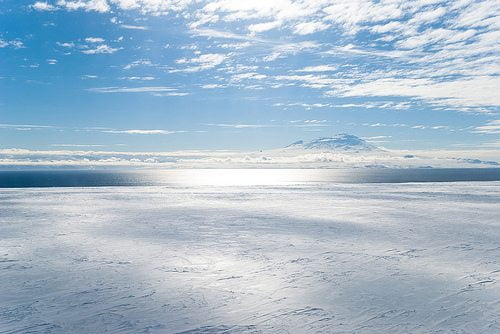 A part of remote East Antarctica, previously thought to be largely immune to warming, may be susceptible to climate change with a potentially devastating impact on global sea levels, a new study has revealed.

The Wilkes Basin in East Antarctica, a large, low-lying sub-glacial basin that stretches more than 600 miles inland, holds so much ice that sea levels would raise by 10-13 feet (3-4 meters) if it melted entirely.

However scientists have so far paid relatively little attention to the East of the icy continent, with most concern focussing on the better understood but smaller West Antarctic.

However, a new study, published in the journal Nature Climate Change, found that a small “plug” in the coastal ice shelves of East Antarctica are all that is stopping the basin from flowing into the ocean.

Though scientists stress that it would take at least two centuries, the study concludes that exposure to warming waters caused by climate change could melt this plug, starting an unstoppable and potentially devastating process.

“East Antarctica’s Wilkes Basin is like a bottle on a slant. Once uncorked, it empties out,” explained Matthias Mengel of the Potsdam Institute for Climate Impact Research, lead author of the study.

Once the basin began disintegrating, global sea levels would trigger a long-term sea-level rise that would continue even if the current trend of global warming were reversed.

“This is the underlying issue here”, Mengel said.

“By emitting more and more greenhouse gases we might trigger responses now that we may not be able to stop in the future.”

Experts fear that such sea-level rises, which could be caused by vulnerable bodies of ice in both the Arctic and Antarctic, could prove incredibly destructive, especially to coastal cities such as New York or Tokyo.

In its recent report on the likely impacts of global warming, the Intergovernmental Panel on Climate Change predicted that sea levels are likely to rise by between 26 and 82 centimeters (0.85 to 2.7 feet) by the end of the century.

The UN body did however emphasise the difficulty in forecasting these changes, largely due to a lack of understanding of the processes affecting the Antarctic.

“Every centimetre of sea level rise on top of what is already expected is going to be even more difficult to adapt to,” Mengel added.

One separate recent study estimated that the rapidly melting Pine Island glacier, in West Antarctica, might be the biggest contributor to rising sea levels over the next few decades.

In July, an iceberg of 720 sq km in size broke off from the glacier.