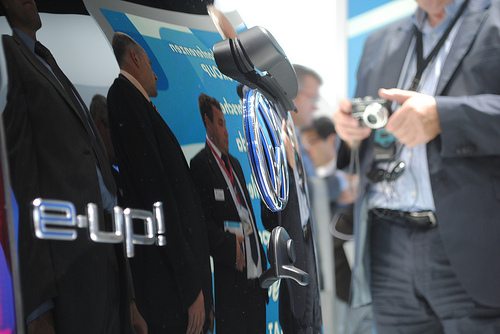 The new scheme allows people to purchase clean electricity for their household and their cars – where they own a hybrid or electric vehicle – and gives them access to Ecotricity’s chargers network, the Electric Highway.

Dale Vince, founder of Ecotricity, said, “To get the greatest environmental benefit from an electric car, it needs to be charged using 100% green electricity from the wind and the sun – otherwise you’re still powering it from dirty fossil fuels.

“Ecotricity’s new tariff ensures customers with electric cars are recharging at home with green energy and as a bonus they’ll get at least 1000 free miles worth of electricity.

“And when away from home – drivers of electric cars will also have access to the Electric Highway which will allow fast-charging at 90% of motorway service stations around Britain. So when you’re out and about you can still drive with zero emissions.”

In October last year, Ecotricity announced it had partnered up with car manufacturer Volkswagen to offer a 100% green car – that is, an electric vehicle powered with electricity from renewable sources. Volkswagen has just launched its first electric car in the UK, the E-up!, and buyers have the possibility to choose the Ecotricity scheme to power their car.