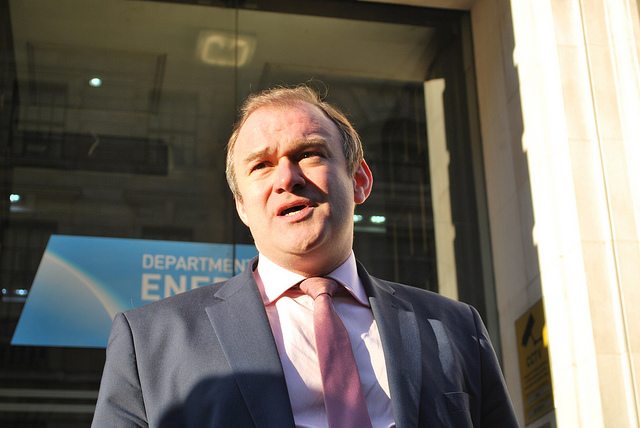 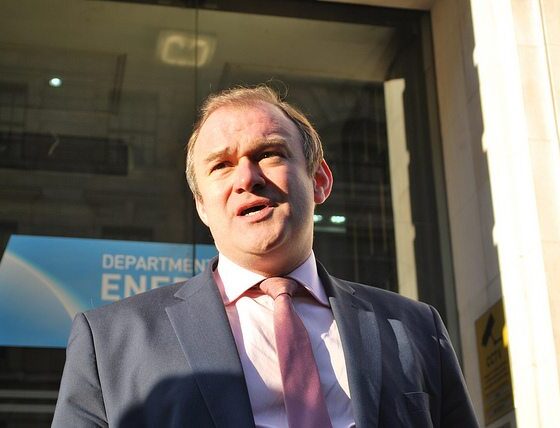 Energy and climate change secretary Ed Davey has said that “real progress” on climate change can only be achieved if there is political consensus, leadership and trust between parties. The comments follow a new joint climate agreement between the three main parties.

On Saturday it was announced that David Cameron, Nick Clegg and Ed Miliband had agreed to work together across party lines to tackle climate change. The unusual move saw the leaders of the Conservatives, Liberal Democrats and Labour parties pledging to seek a fair, strong, legally binding global climate deal that limits temperature rise to below 2C.

The move has been welcomed by campaign groups and businesses, which state the agreement will offer certainty ahead of the general election in May.

Writing in the Guardian, Davey states, “This cross-party agreement shows the strength of the UK’s commitment to tackling climate change. The British public, businesses and our European and international partners can now be in no doubt – May’s general election poses little threat to the UK continuing to be a leading voice on climate change and the transition to a prosperous low carbon economy.”

Davey noted that achievements have been made in recent years, including the EU agreeing on a 40% emissions cut by 2030, but added “there is still a huge amount to do”.

The energy and climate change secretary explained that in the EU there was work to been done in implementing the bloc’s commitment to cutting emissions, reforming the Emissions Trading Scheme (ETS) and bring forward the EU’s formal pledge for a global climate change deal.

Later this year world leaders will meet in Paris with the aim of agreeing on an ambitious universal climate treaty that will limit global warming. Davey notes that momentum is building, with US and China among countries announcing their desire for a strong deal, and that this now must be built on to show the leadership, develop trust and create the condition to make the climate summit “a real success”.

He adds, “We must really to get grips with some of the biggest practical challenges of meeting our 2C goal.”

Scientists have warned that global warming above 2C, when compared to pre-industrial levels, could result in irreversible tipping points being crossed and climate change impacts becoming more severe and unpredictable. To achieve this, Davey argues that tackling unabated coal power is a vital step.

Davey concluded, “We now need to take an open, honest and pragmatic look at how, in Europe and beyond, we can address unabated coal globally if we are to meet our climate goals.”