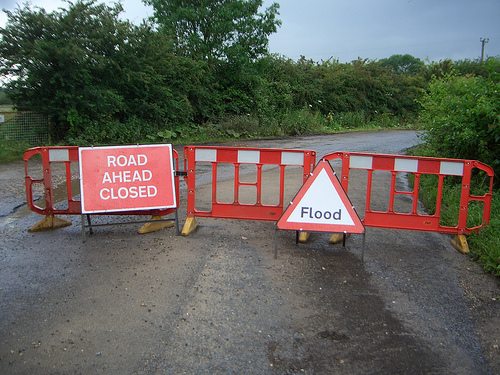 The Environment Agency has said that flooding cost the UK £600m in 2012, with floods occurring one in every five days.

The figures say that the cost to businesses was around £200m, whereas the overall cost factored in losses to the wider UK economy.

The Environment Agency added that there were around 70,000 properties affected by flooding, with every business affected losing out on around £60,000 each.

Both the Environment Agency and the government are warning businesses to plan ahead in order to mitigate the risks of big losses.

Flood minister Dan Rogerson said, “Flooding can cause lasting damage to property, stock and supply chains. That’s why it’s so important that businesses plan ahead.

“Many businesses are already helping to build a stronger economy in areas previously at risk by contributing £148m in partnership funding.”

Rogerson insisted that there was “more money than ever”, with the government providing £2.3 billion in funding to help build flood defences.

According to the Environment Agency, £84m of the total figure was made up of property damages.

In July, a committee of MPs criticised what it called “short-sightedness” in UK flood defence investment.

Speaking in July, chair of the environment committee Anne McIntosh said, “Record rainfall in the past two years has led to extensive flooding, cost the economy millions and caused disruption and distress to householders and communities across the UK.”