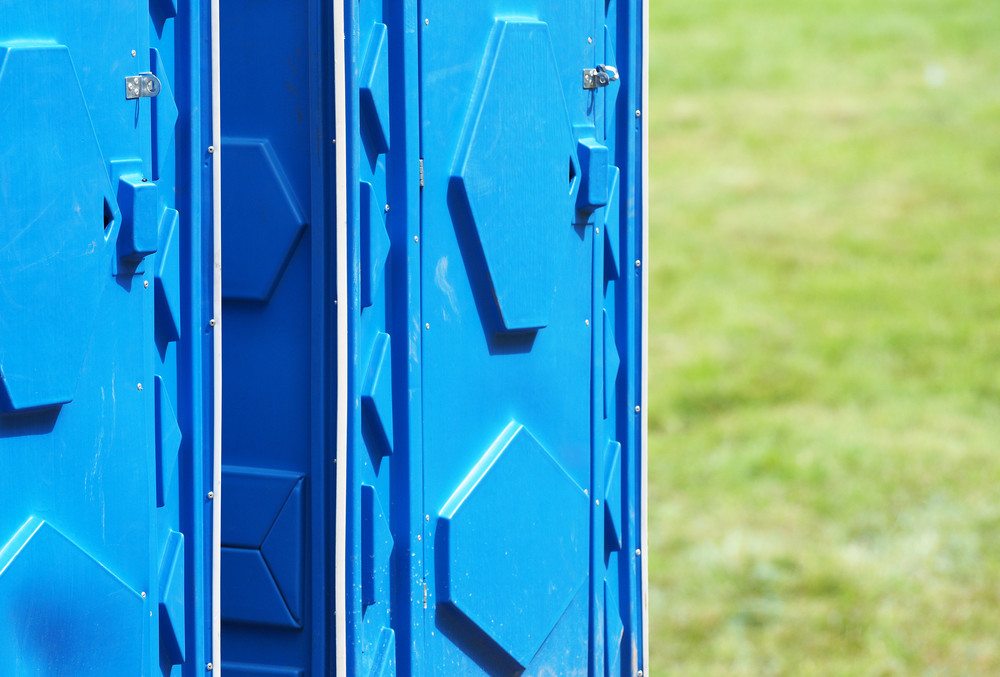 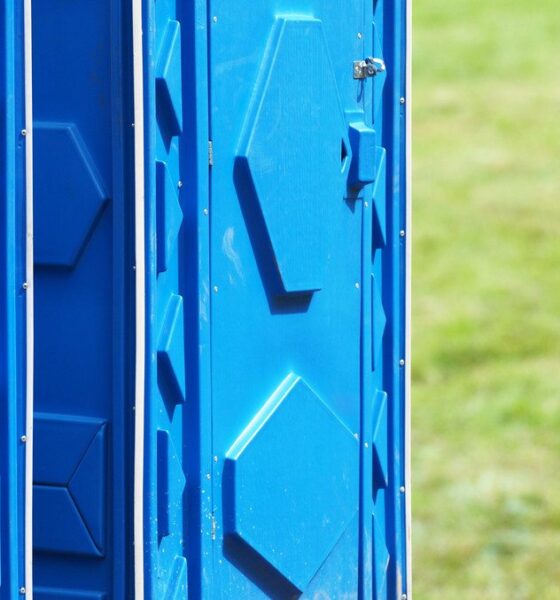 While a single person’s urine mixed with water won’t hurt plants, a steady stream of passerby peeing on trees, bushes and grass can poison it with the excess salts and other compounds. If you provide portable toilets to your guests, they won’t destroy your landscaping by using it as a natural toilet in the mistaken belief this is good for them. A side benefit of portable toilets is that it prevents plants from taking root in places they weren’t intended, such as when vegetable seeds people ate end up passing through and being deposited in the ground.

Flies are attracted to human waste. The insect problem becomes even nastier if you realize that some people have undigested food coming out of their system, attracting other insects that might otherwise ignore a pile of poop. The nightmare is the risk that internal parasites passing through a person end up in the soil before being transmitted to pets and other people through physical contact. Before you dismiss this as a dramatization, know that hookworms pass through people and end up in the soil before the next generation waits in the soil to pass through the hands and feet to infect new individuals.

Many diseases are spread through the fecal-oral route. Someone poops, doesn’t wash their hands thoroughly, and upon handling utensils or touching items others come into contact with, the germs are spread. No matter how primitive the outdoor toilet, they come with hand sanitizer, if not running water with soap dispensers. And, this is infinitely better in terms of stopping the potential for spreading disease than someone digging a hole to poop in or peeing in the bushes.

Your portable sanitation units are more than worth the cost if installed at worksites, since you’re preventing numerous sick days or simply reduced productivity because several key people have a stomach bug they picked up because they couldn’t wash their hands well enough. And you prevent bacteria from users’ guts spreading into the local swimming hole. Giardia is the most common, but far from the only one.

If you set up portable toilets to contain human waste, you won’t end up with an excess of human waste washing into drains and streams. This prevents untreated waste poisoning bodies of water or spreading diseases that kill wildlife. Remember that the diseases can spread as other animals walk through waste, even if they don’t eat it, contaminating the soil elsewhere. Then there’s the fact that containing the waste before sending it off for treatment controls the smells that neighbors don’t want to be exposed to and that confuses wildlife.

Another benefit of portable toilets is their water savings. You don’t waste one or more gallons of water per use. The older toilets in many park bathrooms may use up to six gallons per flush. If you don’t have to pull more water from the municipal system, local lakes don’t get drained as fast to meet human needs, helping wildlife. Satellite Industries, for example, says portable toilets save 125 million gallons of water every day.