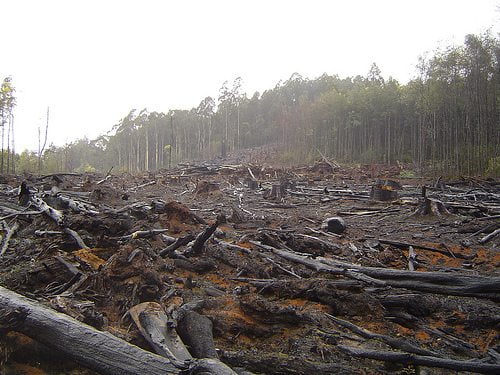 Environmental non-governmental organisations (NGOs) are “failing the population challenge”, according to research from environmentalist and writer Jonathon Porritt and the charity Population Matters.

Porritt argues that population and environmental issues go hand in hand but that the majority of environmental NGOs are failing to recognise this and take the action necessary. He says that many of the organisations view the population issue as “completely off-limits” or it is only “grudgingly acknowledged”.

Porritt said, “One really has to wonder when the population penny will drop with today’s leading environmental organisation. Just a few weeks ago, the International Union for Conservation of Nature (IUCN) updated its Red List of threatened species (adding more than 1,000 new species), citing habitat destruction and human developments as the principal cause of this continuing biodiversity meltdown.

“More people every year, demanding more, every year, from an already stressed-out planet simply doesn’t add up. And yet most of these organisation still can’t find it in themselves to do anything to address this blindingly obvious physical reality.”

Over the last year the researchers called on eight NGOs to review their position on population growth. They asked each organisation to accept and promote findings in the Royal Society’s People and Planet report, such as advocating the principle of universal access to safe affordable family planning for all women.

The NGOs were ranked on their responses, with Porritt saying most of the organisations are where they were four decades ago despite a massive increase in human numbers and a correspondingly massive deterioration in the state of the physical environment. Friends of the Earth, which developed a new and more progressive position on population, came out top.

Friends of Earth policy director Mike Childs said, “The world is on track for a global population of between eight and eleven billion people by 2050 – but at seven billion we’re already trashing ecosystems and fuelling dangerous climate change.

“Governments worldwide should provide girls and women with secondary education and make sure there’s universal access to sexual and reproductive health services as a way to reduce population growth.”

Second ranking NGO Wildlife Trusts said it worked towards inspiring people and local communities to value and take action for nature including educating people about the consequences of population growth for the natural world.

Meanwhile the WWF-UK, which was ranked last, said it viewed population dynamics as “important” and that over the past decade the organisation had engaged more with the issue. However, the charity added, “WWF has to prioritise its work, and does not work directly on human population, appreciating that other organisations focus on this as part of their core mission.”