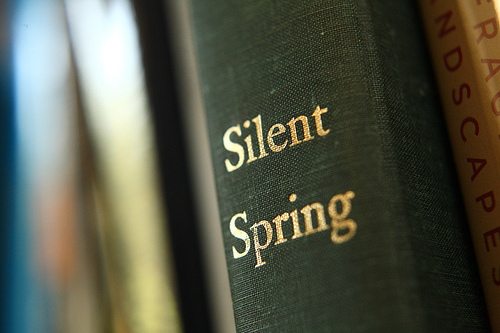 “The real wealth of the nation lies in the resources of the earth — soil, water, forests, minerals, and wildlife,” wrote Rachel Carson in 1953.

“To utilize them for present needs while insuring their preservation for future generations requires a delicately balanced and continuing program, based on the most extensive research,” she continued, offering what remains one of the finest definitions of sustainability.

This new weekly feature will study the great work done by the most influential of environmentalists, across a range of fields including scientists, activists, naturalists, politicians and economists.

There could be no better place to begin than with Rachel Carson – biologist, conservationist and author.

Thought of by many as the mother of the environmentalist movement, Carson is best known for her seminal 1962 book Silent Spring. The book, a product of years of determined work, analysed the dangerous impacts of indiscriminate chemical pesticide use on the environment.

“As crude a weapon as the cave man’s club, the chemical barrage has been hurled against the fabric of life,” Carson wrote.

Silent Spring lead to a change of national policy and a ban on the offending pesticides, but its legacy has been much greater than that. Carson raised awareness of environmental concerns in an unprecedented proportion of the public, in America and beyond.

Many readers, for the first time, saw the world around them as a delicate ecosystem in balance, a system that must be sustained if life itself is to be sustained. A grassroots movement was born.

Sadly, Carson did not live to see her legacy unfold. She died in 1964, after a long battle with breast cancer. But her work and her values live on, having spread across the globe, at a time when environmental sustainability is more important than ever.

As Carson’s biographer Linda Lear writes, “Her courage in sounding the alarm and her ecological vision of the oneness of all life indelibly shaped the contemporary environmental movement and anticipated the global crisis we face in the 21st century.”