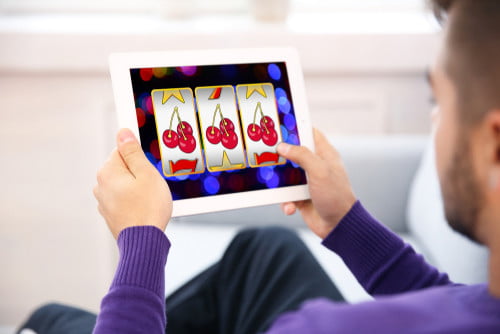 How Online Gaming Could Be A Major Environmental Breakthrough

Land-based casinos are making some progress on the environmental front. A 2007 study by a team of graduate students from Tulane University found that Las Vegas casinos are taking new measures to protect the environment better. However, their efforts seem to be insufficient.

Digital Gaming Platforms Could Be the Key to Environmental Preservation

It’s not uncommon to see people traveling hundreds of miles, sometimes even crossing multiple continents, to just enjoy some games in those huge casino buildings situated in destinations like Las Vegas, Macau, Atlantic City and more. However, not many pay attention to the impact they collectively make on the environment by visiting such places.

Apart from the way in which online gaming have gained immense popularity over the years, they have also had a big positive impact on the environment. For instance, there are some top online casinos listed here on this aggregation site which tick all the right boxes and consistently contribute to the cause of a cleaner planet. Let’s find out how they are doing it.

If we look at the traditional casinos like the ones in Atlantic City or Las Vegas, they are often lit up so brightly that you can even spot them from the space! Las Vegas casinos in particular consume a great deal of electricity. Other than the power consumed for lights, there is more needed to run the gaming machines. Every gaming machine has flashing lights that take up anywhere around 250 W or upwards of electricity. And we haven’t yet gotten to the air conditioning, heating and other general electrical requirements of these casinos. If we compare all that to the online casino games which can be played on a smart phone, there is no comparison with regard to the power consumed.

The emission of carbon is another major problem arising from the energy used by conventional casino establishments. Talking about Las Vegas again, people living and visiting here emit twice as much carbon as people living in other parts of the United States.

Around 41 million people come into Las Vegas every year, either by some surface transport or in an aeroplane, contributing to even more carbon emissions. To put things into perspective, a single air mile travel results in release of 53 pounds of CO2, which is then released into the atmosphere in the form of greenhouse gas. Although walking drastically cuts your carbon footprint, you can’t walk to Las Vegas casinos unless you stay somewhere close by! All this unwanted menace can be completely avoided by playing online casino games instead.

While it has been proven that even the non-smoking areas of the casinos get affected by the second-hand smoke, there is another level of pollution that results from construction of traditional casino buildings. There is a huge amount of pollutants that are disposed-off into the surrounding lands and rivers. Sewage becomes another significant problem with a great multitude of people arriving into a city like Las Vegas.

Additionally, several age-old brick and mortar casinos still have those dry walls, tiles etc. that are full of asbestos, known to be extremely dangerous for the human health. Playing at an online casino, from within the four walls of your home, or even while you’re traveling to work, is a much better option.

The traditional casino industry has not been known for its commitment to sustainability. The good news is that new online platforms offer greener solutions. This can help reduce the risks of climate change.