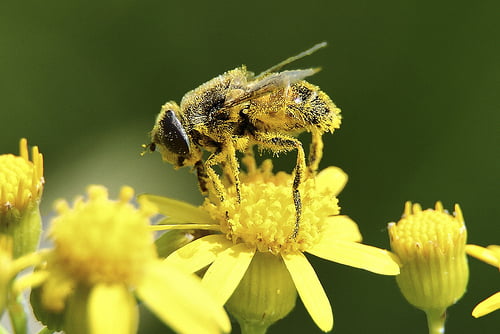 EU member states have voted to ban the use of neonicotinoid pesticides that studies have shown are harmful to bees.

The decision means the European commission can now prevent chemical companies from using the stream – with campaigners describing it as a “victory for common sense”. The Guardian reports that the EU will indeed impose the ban.

Of the 27 countries involved, 15 were in favour of a ban. Eight were against – including the UK – and four abstained from voting.

The UK’s decision to vote against the ban comes after the government’s new chief scientific adviser, Sir Mark Walport, wrote an article in the Financial Times calling for the ban to be dropped. Some have claimed that the EU ruling could lead to increased food prices.

Andrew Pendleton, head of campaigns at Friends of the Earth – one of a number of campaign groups that has consistently and strongly offered its support for a ban – said, “Restricting the use of these pesticides could be an historic milestone on the road to recovery for these crucial pollinators.

“But pesticides are just one of the threats bees face – if David Cameron is genuinely concerned about declining bee numbers, he must urgently introduce a Bee Action Plan.”

The prime minister revealed during questions in the House of Commons last week that he was patron of the Oxfordshire Beekeepers’ Association. However, the organisation’s chairman said Cameron was “mistaken” and had actually resigned from this role.

The UK’s decision to vote against the EU ban has been met with contempt by green groups.

Greenpeace’s chief scientist Dr Doug Parr said by failing to support the ban, environment secretary Owen Paterson had “exposed the UK government as being in the pocket of big chemical companies and the industrial farming lobby.”

He added, “Government policy should be evidence-based and the evidence in this case is clear– these pesticides are badly affecting bees. That Mr Paterson chose to ignore it does not bode well.”

Supermarket Waitrose and hardware stores Homebase, B&Q and Wickes are among the retailers to have already pulled the harmful chemicals from their shelves.