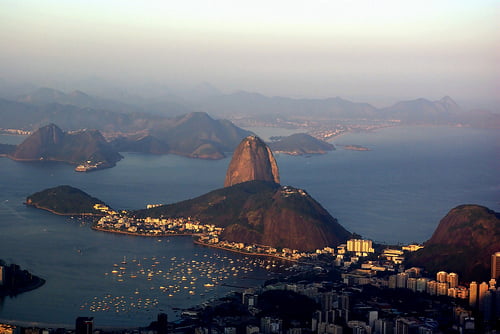 Marks and Spencer’s Plan A has been influential in the retail world with its latest impact falling on Brazil’s largest retailer, Pão de Açúcar.

Former CEO of M&S, Sir Stuart Rose, is set to advise the retail group on how it can best use technology to implement a better sustainable development agenda similar to that of Plan A.

As Blue and Green Tomorrow previously reported, the UK retailer’s initiative, which began in 2007, outlines 180 commitments that it hopes to achieve by 2015 through tackling climate change, reducing waste, sourcing sustainable raw materials and working towards being a fair partner.

Hugo Bethlem, vice president of Pão de Açúcar revealed he is seeking to replicate the success Plan A having met Rose.

Speaking to BusinessGreen, Bethlem said, “Last year in the World Retail Congress we won the prize for the best emerging market business retailer, but I lost another one that I was nominated for which was the most sustainable retailer.

“Marks and Spencer had won, so I contacted Sir Stuart Rose, asking him to be our adviser, to ask for help to understand how he successfully implemented Plan A.

“There’s a long way to get there but I think we’ve already taken the first step.”

Grupo Pão de Açúcar, which translates to ‘Sugarloaf Group’, is Brazil’s largest retailer, and has already taken steps to improve its sustainability programme by implementing the use of SAP’s Carbon Impact OnDemand tool, which allows companies to manage their footprint in all areas of business.

In April this year, the group launched its sustainability protocol, enabling it to set out all the best farming practices focusing on sustainable actions with the idea to suggest to the group’s suppliers to adopt such measures.

Pão de Açúcar’s sustainable development committee is meeting in June to set goals for carbon reduction over the next year.

Why not make a reduction in your own use of carbon with energy provided by Good Energy – the only company in the UK which offers 100% renewable energy.