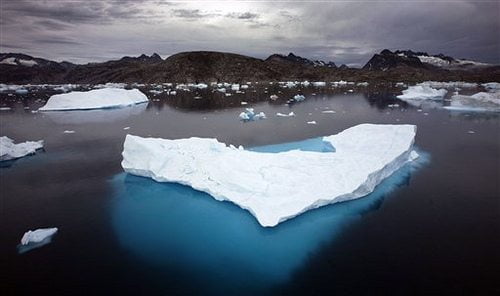 Extreme weather in UK and US linked to Arctic ice loss

Rapid ice loss in the Arctic region has been linked to extreme weather conditions – including snowstorms in the US and flooding in the UK – according to a new study.

Warming in the Arctic region is directly responsible for extreme weather events witnessed in recent years, with scientists warning of them becoming more frequent and having the potential to affect billions of people.

A study published in the journal Philosophical Transactions of the Royal Society A found that whilst warming within the Arctic cannot be held directly responsible for events such as Hurricane Sandy and European heat waves, it offers an explanation to the increasing frequency of polar jet stream.

Professor Jennifer Francis from Rutgers University’s Institute of Marine and Coastal Sciences warned of the potential impact on billions of people across the world.

“We are seeing these extremes because the Arctic is warming faster than elsewhere. The whole lower atmosphere is heating up but the sea ice is the most observable,” she said.

“This is having this effect on the jet stream, making it extend further south and stay longer.”

She added, “The jet stream creates weather of all sorts and where you are in relation to it dictates whether it is hot or cold. When we have a ridge, or a big bulge, in the jet stream, it makes it extend further and stay longer. When that ridge is stronger it tends to be more persistent.”

The authors wrote, “This new manifestation of global warming … may have substantial societal impact as more frequent extreme weather events in mid latitudes will affect billions of people directly through damage to property and infrastructure and indirectly through farming and water supplies.”