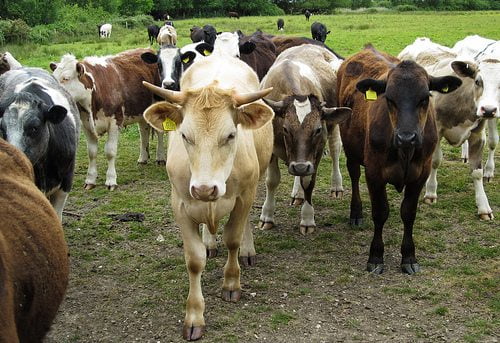 New data from the UN Food and Agriculture Organisation (FAO) says that greenhouse gas emissions from agriculture, forestry and fisheries have nearly doubled over the past five decades and are set to increase by a further 30% by 2050.

In a new report, the FAO has analysed greenhouse gas emissions derived from agriculture, forestry and other land use (AFOLU). It revealed that the greatest source of emissions has been enteric fermentation of ruminants – methane released by livestock. This accounted for 39% of emissions in the sector in 2011 and rose by 11%between 2001 and 2011.

Other fast-growing emission sources include synthetic fertilisers, biomass fires, deforestation and degraded peat lands. In addition, emissions from the burning of fossil fuels to create energy for the sector have grown by 75% since 1990.

Francesco Tubiello from the FAO’s climate, energy and tenure division said, “Up to now, information gaps have made it extremely difficult for scientists and policymakers to make strategic decisions regarding how to respond to climate change and has hampered efforts to mitigate agriculture’s emissions.

The report calls for a detailed assessment of emissions data and mitigation strategies.

Tubiello added,”Data on emissions for AFOLU activities support member countries in better identifying their mitigation options and enable their farmers to take faster and more targeted climate-smart responses. This in turn improves their overall resilience and their food security.

“It also allows the countries to tap into international climate funding and accomplish their rural development goals. We also see much interest in capacity development on these topics at country level and respond to these needs through regional and country-level activities around the globe”.

A number of scientists have tried to address the issue of livestock emissions, given the growing demand for meat and dairy products.

While some suggested a tax on meat, a recent study by Swedish researchers urged people to eat fewer animal products to tackle climate change, as methane is a greenhouse gas far more powerful than carbon dioxide.