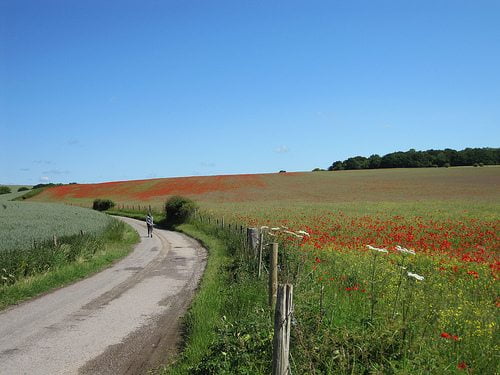 Extreme weather fuelled by climate change represents the biggest threat to British agriculture, according to the president of the National Farmers’ Union.

In an interview with the Guardian, Peter Kendall said, “I sometimes have a pop at those who say climate change is going to help farming in northern Europe.

“A gentle increase in temperature is fine but extreme weather events completely stuffs farming: just look at last year. Farming is risky enough as it is.”

July has seen temperatures soar across the UK, with the Met Office warning of heatwave conditions. Research conducted by the London School of Hygiene and Tropical Medicine earlier this month suggested that as many as 760 people could have died because of the heat.

Kendall added that he was cautious about the idea of ‘rewilding’ farmland, meaning that an area used for production is restored to its original, natural state.

“We need to be very careful in taking land out of production. Who is going to make up the shortfall? Where are we going to get the food from?”, he asked.

Rewilding is seen by some as a chance to restore biodiversity in Europe and boost populations of rare species. Focusing on already abandoned land, the initiative Rewilding Europe aims to rewild 1m hectares by 2020.

In May, a ‘health check’ of British wildlife revealed that many species are struggling to survive, and suggested environmental changes are partly responsible.

Meanwhile, a study published earlier this month claimed that EU subsidies given to British agriculture were shortchanging the public, as farmers were not doing enough to preserve wildlife and cut greenhouse gas emissions.

Are crop yield trends on track to meet future demand?