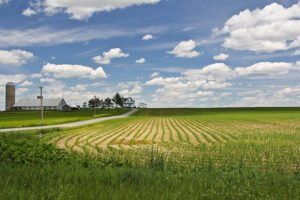 It has been revealed today – by a new Defra survey – that, among other things just nine percent of UK farms consider emissions as ‘very important’ when making business decisions.

UK farmers really need to clean up their act.

“Climate change is the biggest challenge facing the planet, yet over half of farmers in Britain appear to be oblivious to the importance of dealing with greenhouse gas emissions on their own farms, according to the government’s latest statistics.

“The fact that only 9 percent of farms believe it’s ‘very important’ to consider emissions when making decisions about their businesses is staggering. Even worse is that fewer farmers think it’s important to consider greenhouse gas emissions than did so in 2015. The agricultural industry needs to wake up to the realities of climate change and the impact that they are having on the environment and on people’s health.

“Agriculture is a major source of air pollutants which cause climate change and harm human health. UK ministers, who many suspect of acting as a mouthpiece for the farming sector when voting for weaker air pollution targets in Brussels recently, need to stop giving farmers an easy ride when it comes to pollution.”