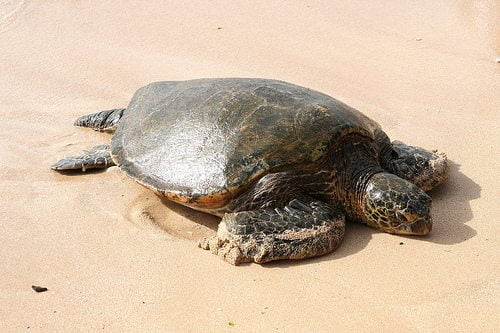 A new study has claimed that rising temperatures could dramatically affect sea turtle populations in the long-term, with the majority of hatchlings born female which would therefore put the species at risk of extinction.

The incubation temperature determines sex in turtles, with warmer sand usually producing female hatchlings. At a temperature of 29C, the gender ratio is about 50:50, but when it is cooler, the hatchlings are more likely to be born male.

In a warmer world, however, hotter sand would mean that the majority of individuals would be born female. This could drive the species to extinction in the long-term, the study said.

One of the authors, Prof Graeme Hays, added, “Sea turtles are unusual in that the gender of the offspring is not driven by sex chromosomes, as in humans.

“The logic is that warming temperatures will lead to more female hatchlings being produced, because the females are produced at the warmer temperatures.”

The temperature of the sand usually depends on the colour, with dark sand being warmer than light sand. Hays said that in the short-term, the phenomenon could even be beneficial.

“But ultimately, if you extrapolate long enough into the future, once you get 100 years or more into the future, then things start to look serious. You have so few males left that it’s likely to be a problem. There will be heaps of female but not enough males to fertilise all those eggs.”