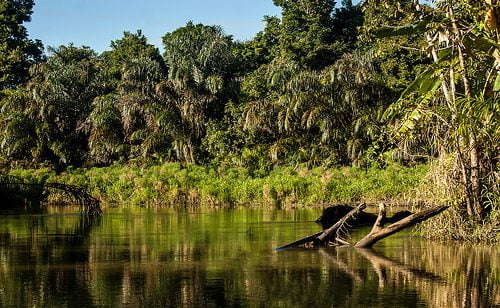 The financial value of carbon stored in the world’s forests may have been seriously underestimated, according to the findings of a new survey.

Using a pioneering approach, the survey firm Carbomap has produced a three-dimensional carbon map of a forested region in Costa Rica.

“Our technology could be considered like an MRI scanner for forests”, Prof Iain Woodhouse, founder and CEO of Carbomap, said.

With experimental NASA technology, the team can work out how much carbon is stored in forested areas.

Speaking to Blue & Green Tomorrow, Woodhouse added, “[A tree is] your classic ‘carbon based life form’, and for plants, the carbon comes from CO2. Through photosynthesis, the leaves of a tree are able to turn air and water into wood.Since forests harvest CO2 they are the original carbon capture and storage device.

“The carbon that makes up coal originated in the carbon of plants that photosynthesised the CO2 out of the atmosphere hundreds of millions of years ago.

“Along with other fossil fuels, we are now returning that carbon back to the atmosphere at a perilous rate.”

Comparing their data to data gathered using traditional satellite methods, Carbomap calculated that the actual above-ground carbon content of the Costa Rican forest is at least 19.8m tonnes. This is 22% higher than the average of previous estimates.

Woodhouse said that this was because satellite data cannot provide information on crucial factors, such as the vertical dimension of the forest or canopy height and layering.

Currently, global forest carbon stocks are understood to contain 638 billion tonnes of carbon, which may be valued at more than $3.8 trillion (£2.29 trillion). Carbomap says its data shows this value may be as much as $800 billion (£481 billion) short.

If these claims are correct, there are many possible implications. Accurate measurements of how much carbon is stored in forests globally is essential to scientists attempting to understand the impacts of deforestation on climate change.

But Woodhouse added that there could also be an impact on international environmental policy.

“The idea of forest carbon credits and schemes like REDD+ is that countries or landowners will be compensated for not cutting down the forest, and thus preventing more CO2 going into the atmosphere, and less being harvested out”, he said.

“Compensation will be performance-based, and you can only determine how well people are performing if you can measure the carbon in the forest. ‘You cannot manage what you cannot measure’ is the old adage.”

Carbomap, which originally started as a University of Edinburgh initiative, is currently seeking private investment via the crowdfunding platform Sharein.

As part of a similar imitative, the World Research Institute recently launched an online mapping tool to monitor global deforestation.

Global Forest Watch uses information from millions of satellite images to provide an up to date view of the world’s disappearing forests.