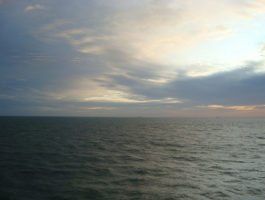 In order to strengthen a network of marine protected areas and to help support recovery of fish stock, a two-month research cruise will gather at-sea data on habitats and species.

Oceana will be launching this afternoon its first ever North Sea research expedition, to survey marine life in the waters of the Netherlands, the UK, Norway and Denmark, with a special focus on Dutch waters. During the at-sea study that was generously funded by the Dutch Postcode Lottery, Oceana’s scientists will document species and habitats in 13 areas of interest. This data will lay a solid foundation for strengthening the network of marine protected areas (MPAs) in the region, which is currently insufficient.

The two-month expedition will gather data from depths of up to 400 metres using Oceana’s remotely operated vehicle (ROV), which is capable of capturing life on the seafloor in high definition. Additional data will be collected by professional scuba divers and through sediment sampling, allowing scientists to identify, document, and film marine communities on the seafloor:

“The eight European nations that border the North Sea have put its marine ecosystems under tremendous pressure for hundreds of years. Few areas of the seabed are untouched by fishing, particularly bottom trawling, and many habitats and species have been seriously affected,” explains Lasse Gustavsson, Executive Director of Oceana in Europe.

Scientists have estimated that the current biomass of large fish in the North Sea is more than 97% lower than would be expected without any fishing.

“Just as North Sea countries have shared the economic benefits from these waters, so must they share the responsibility for rebuilding what has been lost or damaged. Oceana’s first-hand data will contribute to a stronger, better-managed network of MPAs, yielding benefits not only for biodiversity protection, but also for fish stock recovery and for restoring abundance to the North Sea region, adds Gustavsson.”