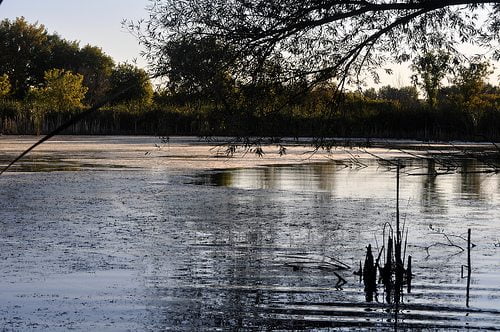 A £28m flood realignment scheme at Medmerry in West Sussex has been unveiled by the Environment Agency and the RSPB.

The defences are expected to provide protection to homes and create a 444 acres of wetland habitat for the local wildlife.

According to the Environment Agency, Medmerry is “one of the stretches of coastline most at risk of flooding in southern England”, as proven by a number a floods in recent years.

The new scheme will see 7km of sea walls built up to 2km inland, which the Environment Agency said would help to reduce the risk of flooding for hundreds of properties and holiday parks.

The RSPB will be responsible for the management of the wetland habitat that will attract a number of wildlife species.

Environment Agency chairman Lord Smith of Finsbury said, “With one in six people at risk of flooding in England, schemes such as Medmerry have a key role to play in protecting people and property.

“They also have an important role in the local economy by encouraging more visitors to the area. Creating large-scale habitat is vital to ensuring the survival of the country’s endangered species, improving water quality and reducing carbon.”

RSPB chief executive, Mike Clarke commented, “This ambitious project is a fantastic example of how we can create habitat for threatened wildlife, benefit local communities and deliver value for money for the taxpayers.”

In July, MPs criticised the government’s “shortsightness” over investment in flood defences, as the risk of flooding was constantly increasing and posing serious threats to the UK’s agriculture.