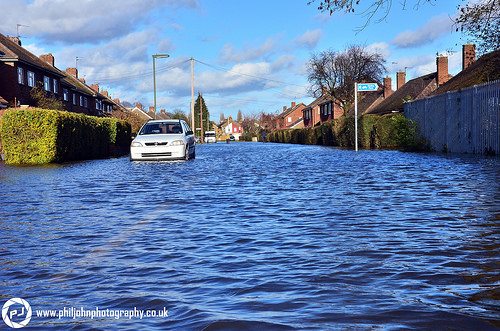 Insurance claims after the floods are being made at a rate of £6.7m a day in the UK, according to the Association of British Insurers (ABI), which estimates the total cost of flooding to reach £446m.

According to updated figures, insurers received 17,500 claims between December 23 and February 28. Some 9,000 of these were from homeowners, while 5,400 were for flooded vehicles and 3,100 from businesses.

The ABI says that whilst water levels have dropped, many people are still suffering the consequences of the storms, heavy downpours and extreme weather that devastated parts of the south in what was the wettest winter on record.

Flooded customers have already received around £27m in emergency payouts, but the total cost of the clean-up operation for insurers alone is expected to rise to £446m. Around £276m of this is expected to be paid to homeowners.

Director-general of the ABI Otto Thoresen said, “The flood waters may have mostly receded, but for many the distress of being flooded remains raw. Insurers and loss adjusters are playing a crucial role in the recovery process.

“A badly flooded property can take months to become habitable again, so insurers continue working around the clock to ensure that the drying out process is completed as quickly and as safely as possible.”

Thoresen added, “While of course this was a serious and significant bad weather event the current flood damage costs remain well below the severe floods of 2007 when insurers paid out £3 billion to customers.”

Many expect that home insurance premiums will rise in the wake of the flooding, which started in December last year and continued well into February.

Some, however, are calling for more investment in flood defences rather than waiting until the flooding has happened to pledge cash to clearing up the mess.

At a recent event, Labour leader Ed Miliband attacked David Cameron’s “money no object” pledge, saying that he created a “false economy” by referring to the clean-up operation and not to investing in flood defences.

He also said that climate change – which he linked to the floods – was a “national security issue”.