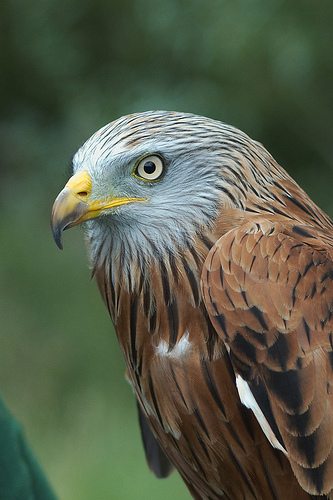 The government’s new indicator for priority species – described by conservationists as the FTSE index for threatened wildlife – has been unveiled. The data shows a “worrying” trend of decline.

The official figures use data from 210 native species dating back 40 years. Overall, the research suggests that priority species have declined by an average of 58% since 1970. Of species counted, just 30% showed an increase over the period.

Richard Gregory, RSPB head of species monitoring, said, “This new indicator is like the FTSE index for threatened species – and it is showing a steady, and very worrying decline.

“What this new official biodiversity statistic does is act as an indicator of the health of our countryside. Every year the government will be publishing these figures in the same way that they publish school league tables and crime statistics. We hope they will be a powerful new tool in the fight to halt the loss of our threatened native wildlife.”

Several wildlife species groups, such as plants, molluscs and fungi, have not been included in the study due to the difficulties in recording long-term trends.

However, according to the RSPB, conservationists estimate that 97% of the UK’s wild flower meadows have been lost and one in five of all UK flowering plant species are threatened with extinction.

Despite the overall gloomy figures, the research showed that conservation efforts of paying of in some areas. Red kites and horseshoe bats are examples of species that have benefitted.

The new figures echo the State of Nature report published earlier this year. The research, which was launched by Sir David Attenborough, warned that 60% of the species studied are in decline.

Joan Edwards, head of living seas at the Wildlife Trust, said, “We hope this official indicator for priority species takes that one step further and ensures that the problems facing our native species are factored into government decision making.”

The National Trust has also previously warned that the wildlife along the coasts of the UK is being seriously affected by climate change.

Last month the government was accused of putting nature ‘up for sale’. New plans would allow developers to build houses in environmentally important areas so long as they offset the damage by paying for conservation projects elsewhere.

US state of Rhode Island pushing for weapons divestment