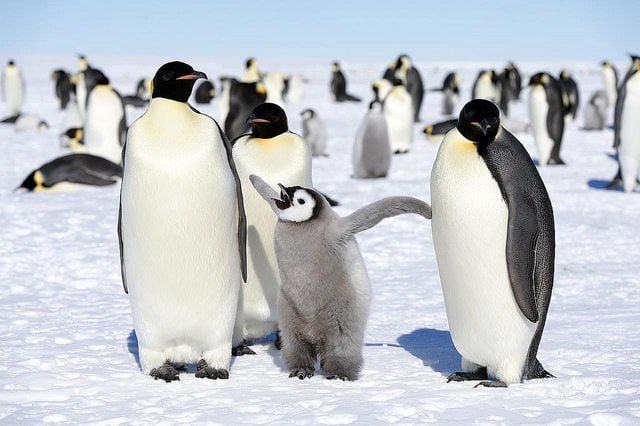 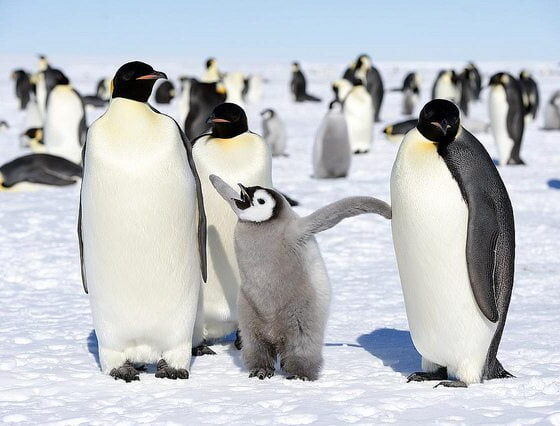 Standing at around 2m, alaeeudyptes klekowskii would have been taller than most humans. Experts estimate the flightless bird would have weighed in at around 115kg.

For comparison, emperor penguins, the largest penguins still alive today, reach 1.4m at most, and can weigh around 45kg.

Researchers have not been able to piece together a full skeleton, but from fragments found at the fossil-rich Seymour Island have been able to estimate the giant’s stature.

“This is definitely a big penguin,” Dan Ksepka of the Bruce Museum told New Scientist.

According to a study published this week, some of the long-dead bird’s modern day relatives may soon disappear into the fossil record themselves.

The international project found that all 18 surviving penguin species are increasingly threatened by of a combination of manmade factors, including climate change and overfishing

In 2013, eleven penguin species were officially listed as ‘threatened’ by the International Union for Conservation of Nature (IUCN), with another two listed as ‘near threatened’.