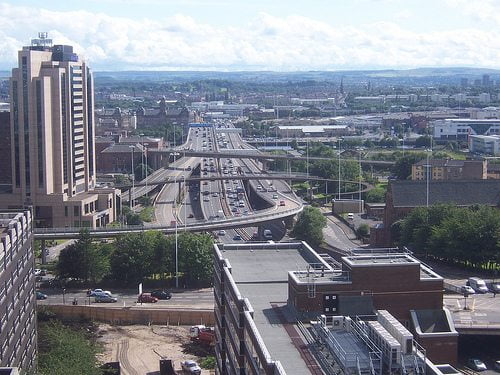 Environmentalists have criticised Glasgow city council for failing to implement low emission zones around the Commonwealth Games venues, despite this being a key part of the event’s sustainability plan.

The organisers promised as part of their sustainability commitments to ban polluting vehicles from the event’s venues. But it recently admitted that finding vehicles accepted by the standard has been difficult.

The Commonwealth Games kick off in the city in 17 days, attracting sporting stars from 71 nations.

Emilia Hanna, air pollution campaigner at Friends of the Earth Scotland, said, “Low emission zones were promised as part of the environmental pledges which underpinned Glasgow’s bid to host the Commonwealth Games, but this promise has been broken. The zones were a key project and Glasgow won the bid for the Commonwealth Games in part because of its green promises.

“What we now know is that there will not be Low Emission Zones during the Games.”

The green group noted that air pollution causes over 300 deaths in Glasgow each year, worsening the conditions of people affected by asthma, heart disease and lung problems.

“For future aspiring athletes growing up in Glasgow to have the best chance of competing in the 2018 Commonwealth Games, the council and the government need to make tackling Glasgow’s air pollution a top priority. They need to introduce genuine low emission zones and take measures to reduce traffic volumes in the city centre,” Hanna added.

A Glasgow 2014 spokesman commented that despite the failed plan on low emission zones, Sustainability “remains at the core of our decisions”.

They added, “We continue to work collaboratively through the Glasgow 2014 Environment Forum, which comprises representatives from Scottish government, the organising committee, Glasgow city council and a wide range of environmental regulatory groups and non-governmental organisations.

“The forum has been satisfied that our approach across a range of key areas, including the reduction of emissions, is appropriate.”

Glasgow has recently set up a £600,000 cycle hire scheme to cut pollution and encourage active travel in the city.