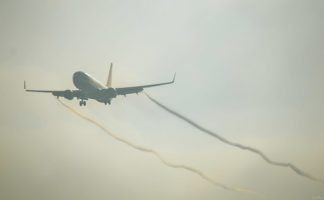 A first step to addressing international aviation emissions has been agreed on by an large majority of countries through adopting a global market-based measure (GMBM) for the sector.

However, in the same week that the Paris Agreement crosses its crucial threshold to enter into force, countries sent a worrying signal by deleting key provisions for the aviation agreement that would align its ambitions with the Paris Agreement’s aim of limiting global temperature rise to well below 2 degrees with best efforts to not exceed 1.5 degrees Celsius.

Aviation emissions are projected to consume approximately a quarter of the world’s remaining carbon budget by 2050, highlighting the urgency of reaching an agreement to tackle airline pollution. The International Coalition for Sustainable Aviation( ICSA) – the official environmental civil society observer at the global negotiations – recognises the agreement as a hard-fought political compromise to see that aviation contributes its fair share in the climate change fight, but critical work remains to ensure environmental integrity and broad participation.

The UN International Civil Aviation Organisation (ICAO) agreement to establish a GMBM contains some good provisions and a number of troubling elements that fall short of ICSA’s longstanding recommendations to strengthen the GMBM:

ICSA’s current analysis of the resolution text and the commitments from more than 60 countries to join the first phases of the GMBM suggests that the measure will cover an estimated three quarters of international aviation’s expected emissions growth between 2021 and 2035. Although this falls short of ICAO’s own target of carbon neutral growth from 2020, the anticipated coverage would be 2.5 billion tons of CO2 emissions, provided the emissions criteria to be elaborated allow only high quality carbon credits. Importantly, the integrity of the agreement’s emission reductions depend on rules not yet in place.

ICSA welcomes that more than 60 states have so far stated their intent to participate in the measure from the beginning. However, it is critical to expand coverage of the measure given the shortfall between what was agreed to at the assembly and the goal of stabilising emissions at a 2020 level and the need for further action. ICSA urges ICAO member states to use the resolution’s review clause to ratchet up ambition over time. It is also important that states and regions, especially developed and fast-developing ones, adopt additional measures to mitigate aviation’s climate impact.

ICSA is committed to ongoing engagement to ensure a high level of environmental integrity, broad participation, and a transparent process. ICAO member states should work to align the reduction of aviation climate impacts with the UN Sustainable Development Goals and the Paris Agreement’s temperature targets. ICSA will maintain pressure as discussion on the EUC and overall implementation continue, which will need to stand up to public scrutiny.